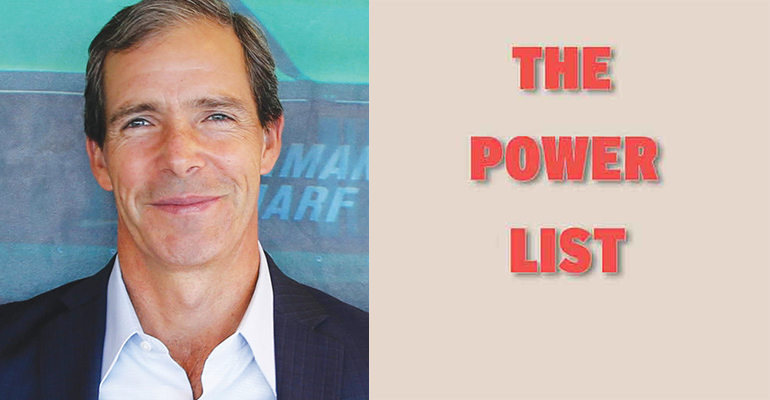 Greg Flynn is the CEO of Flynn Restaurant Group.
News>People

Greg Flynn is a restaurant operator’s advocate. Like all franchisees, he fiercely guards the operational integrity and profitability of his company’s restaurants. But when you lead the nation’s largest restaurant franchise business — Flynn Restaurant Group, with sales in excess of $2 billion and more than 1,200 restaurants under some of the country’s most well-known brands — you have the muscle to help make big changes happen.

Flynn demonstrated that influence in the last year from the front lines of such recent innovations as instant pay for employees and increased access to coveted third-delivery customer data.

Earlier in the fall, when Applebee’s announced separate deals with Grubhub and DoorDash that

allowed restaurants more control of customer data, Flynn — whose company Apple American is the chain’s largest franchisee — was vocal about the significance of the agreements.

“I think this changes everything for the restaurant industry,” Flynn said at the time. “What was once a very, very problematic channel is now a very exciting and attractive channel.”

Furthermore, he added that the deals could also signal a tipping point toward more operator-friendly delivery deals industrywide: “Once you know the deal is there, why wouldn’t you insist on it?”