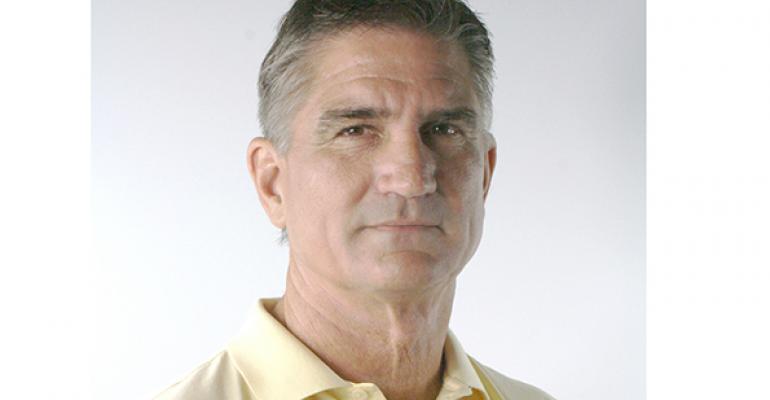 Kuhn succeeds Al Bhakta, who stepped down as CEO of the Dallas-based fast-casual stir-fry concept in January 2014, but remained on the board. Chet Bhakta, Chalak Mitra chief financial officer, served as interim CEO.

Kuhn was most recently president of Houston-based Ignite Restaurant Group Inc., where he worked with the Joe’s Crab Shack and Brick House Tavern + Tap casual-dining brands. Kuhn earlier worked with such restaurant brands as Bertucci’s and Sbarro.

“We are excited to have a proven and respected leader like Jim take on Genghis Grill,” Al Bhakta said in a statement. “With years of experience in the restaurant industry, Jim will bring expertise and strategic insight into the revitalization of our original brand.”

Genghis Grill has capitalized on its freshness positioning over the past few years, Kuhn told Nation’s Restaurant News Monday.

“There’s no back-of-the-house. It’s all right there in front the guest,” Kuhn said. “So that means we have to have quality.”

Given his background in casual dining, Kuhn said he sees opportunities for Genghis Grill to grow sales in categories like appetizers and desserts. Some desserts, he added, might also use the Mongolian-style display grill used for entrées.

Kuhn said he was attracted to Genghis Grill’s positioning, which lies between fast casual and casual dining.

“It also has a healthful atmosphere to it, because you can build your own meals,” Kuhn said.

“In order to expand the menu or expand the guest demographics, that gives the concept the legs to do that,” Kuhn said.

“We have the bar. We have TVs. We have bar stools. We have everything you would see in a casual-dining bar, and we’re not taking advantage of it,” he added. “A true avenue for growth for us will be innovation around liquor, regional beers, craft beers and expanding the wine list a little bit.”

Besides Genghis Grill, Chalak Mitra has several other restaurant concepts. Last August, it acquired the Elephant Bar Global Grill/Wok Kitchen out of bankruptcy.

It also recently debut a new prototype of the Go Roma brand. The company also operates hotels, a bottling plant and a distillery.