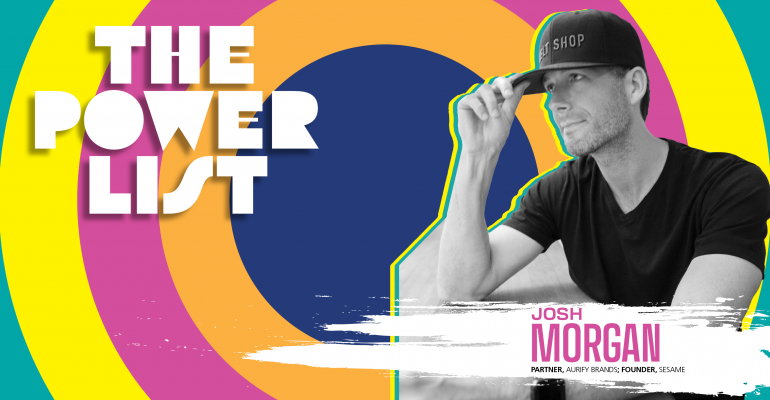 Part of the team that opened Fields Good Chicken, Melt Shop and more, Morgan is launching a virtual marketplace with a charitable component

Josh Morgan — cofounder of New York City-based investment platform Aurify Brands and commission-free delivery platform Sesame — began his career in hospitality with Hillstone Restaurant Group. About eight years ago, he made the shift from fine-dining to fast-casual and helped to start Aurify, which launched or expanded multiple New York City chains, like Fields Good Chicken, Melt Shop and Little Beet.

Sesame was born in September of this year as a sister brand to Aurify and a technology solutions platform to help its brands (and more) become more independent in the delivery sector. Sesame offers zero-commission delivery with open data to its partner restaurants, and raised $3.4 million in a December funding round to help bring the power back to restaurants.

“The off-premises part of our industry has been completely monopolized by big tech … and it makes it really hard for small mom and pops to compete in a world where the convenience economy has taken the world by storm,” Morgan said. “Sesame was the answer to, ‘What if … we devised a system that was more sustainable and more equitable for the merchants themselves?’ … We think the notion of paying percentage-based commissions is antiquated and does not make sense.”

Instead of that, Sesame charges a flat fee for delivery. The company also has a charitable, community-driven element; every order on Sesame feeds New Yorkers in partnership with City Harvest.

Sesame’s first test was with Aurify, and it’s since expanded to a beta test for operators in the Southern half of Manhattan, with a restaurant base of about 30-40 restaurants and growing. This year, Morgan hopes to expand Sesame to the entire New York metropolitan area. In order to offer a commission-free platform for operators, he has partnered with fulfillment service Relay so that the company doesn’t have to manage its own fleet of couriers. The rest of the technology is completely proprietary, and Morgan likens it to what Resy did in opposition to OpenTable for reservations.

“We have this expectation that merchants will begin to compete with the aggregators,” Morgan said. “We see ourselves as a conduit that allows them to connect with their guests and empower them to serve their guests. Because of that, they can help us get the word out there about Sesame. They promote us all over Instagram, etc.”

He strongly believes that independent operators should use the pandemic as an opportunity to rethink how they approach their tech stack and to not just default their off-premises business to aggregators. In return, customers will want to help their favorite restaurants.