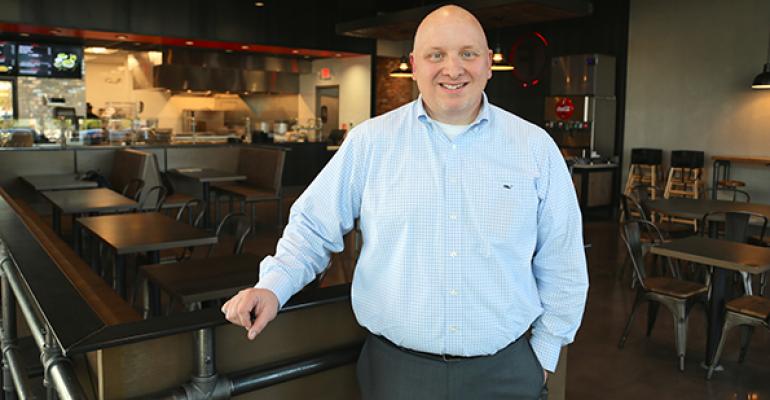 Austin, Texas-based Freebirds, a division of Emeryville, Calif.-based Tavistock Group, said Shaw will remain in charge of daily operations for the brand. He joined Freebirds in 2013 and was promoted to COO last year.

The Freebirds president position had been open since Jim Mizes left the company in 2013, a company representative said.

Shaw was promoted from senior vice present of operations to COO when Freebirds moved its headquarters to Austin last year from Emeryville.

“Over the past few years, Bobby has played an instrumental role in ensuring Freebirds’ success and continued growth,” said Charles B. Lewis, chairman of Tavistock Restaurants, in a statement.

Shaw led the headquarters relocation and oversaw a redesign and rebranding of the concept, which debuted last year in the Texas municipalities of The Colony and Temple.

The company said Shaw plays a key role in the brand’s expansion into new markets, such as an opening this summer in the new market of Nashville, Tenn.

“He will also work alongside the Freebirds’ leadership team in overseeing the launch of a new mobile app and loyalty platform, slated for this spring,” the company said in a statement.

Freebirds was founded in 1987.