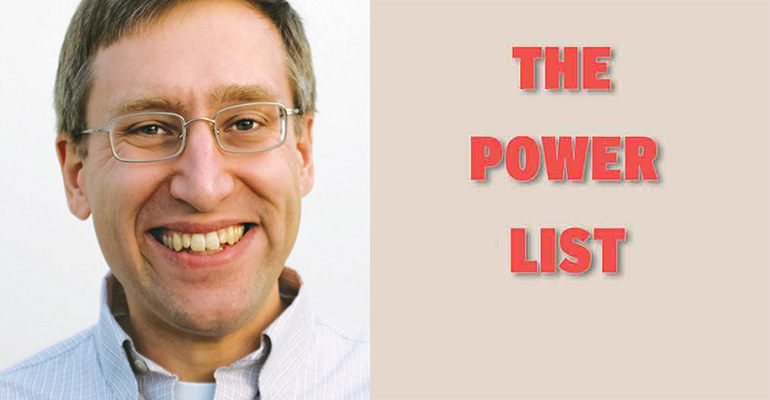 Fred Iutzi is president of The Land Institute.
News>People

Fred Iutzi is working to develop Kernza, a sustainable perennial grain that could feed a growing world population

“The problem that agriculture has faced for 10,000 years is it started with the wrong hardware,” Fred Iutzi, president of The Land Institute, a research organization in Salina, Kan., told attendees of the 2018 Menus of Change conference at The Culinary Institute of America in Hyde Park, N.Y.

He was referring to the fact that all the grains we grow and eat, which make up most of the calories we consume, are annual plants. We need to replant them each year, and each time we do that we lose a little topsoil. Over time, the land becomes useless, people go hungry and civilizations crumble — some people theorize that soil erosion was a contributing factor to the fall of the Roman Empire.

As the global population approaches 8 billion, we need all the topsoil we can get.

So Iutzi and The Land Institute are developing Kernza, a perennial wheat derived from intermediate wheatgrass.

Perennial plants hold on to topsoil and burrow their roots deep into the ground, sequestering carbon and making the ground more fertile, not less.

Since 2003, guided by lead scientist Lee DeHaan, The Land Institute has been breeding these plants based on yield, seed size, disease resistance and other traits — like holding on to its seeds until it’s time to harvest, something wild plants don’t tend to do.

Iutzi and his team have made progress, and Kernza is commercially available in niche markets. They’ve also attracted investors, like General Mills’ Cascadia Farms, which agreed in 2017 to buy some, saying its sweet and nutty taste lends itself to cereals and snacks. General Mills also donated $500,000 to the University of Minnesota to support further research.

Now they’re seeking to expand the planted acreage from 1,500 to a million and eventually to make Kernza a mainstream grain.