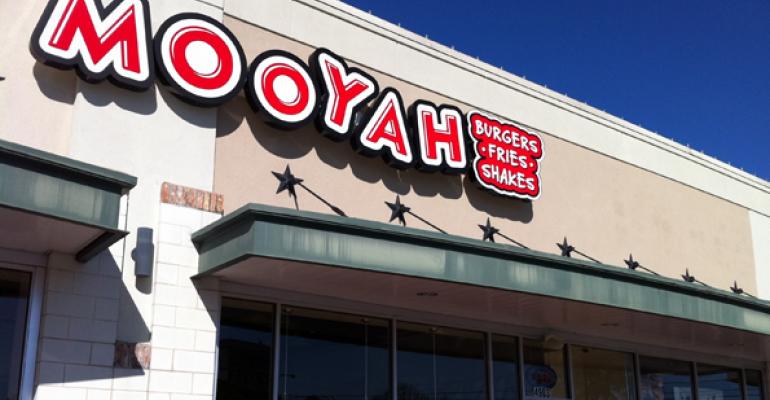 Mooyah Burger, Fries & Shakes co-founder Rich Hicks has assumed the role of interim chief executive and president, replacing Bill Spae, who had been in the role since January.

Hicks, in a letter Wednesday to franchisees of the 54-unit Mooyah chain, said the better burger company has started a search for Spae’s successor.

“We believe our next phase of incremental improvement required a new approach in our leadership,” Hicks wrote. “As such, Todd [Istre, who co-founded the brand with Hicks in 2007] and I mutually agreed to unwind our partnership with Bill Spae, effective immediately.”

A media representative had not returned calls or emails by press time.

Spae, who had been chief operating officer and chief development officer at Coppell, Texas-based CiCi’s Pizza, joined Mooyah as CEO and president on Jan. 7, replacing president Alan Hixon, who remained with the company in a development executive capacity. Spae had also worked with T.G.I. Friday’s, Wendy’s, Bennigan’s and Metromedia Restaurant Group.

Hicks said the founders in the past year had heard from franchisees “about the importance of improving operations.” The company in 2012 grew from 25 units to 48.

Hicks added that the company in the past month promoted Michael Mabry to vice president of operations and development, tested a new menu and worked on reducing product and paper costs.

“I don’t have to tell any of you how competitive our better burger space is and the importance of hiring and training the best operators we can find,” Hicks told franchisees. “Having been in restaurant operations for 27 years, I know that it’s our people that make the difference.”

At mid-year, Mooyah representatives said they had expected to have a total of 70 locations open by year’s end. In September, Plano, Texas-based Mooyah opened its first international unit in Dubai.