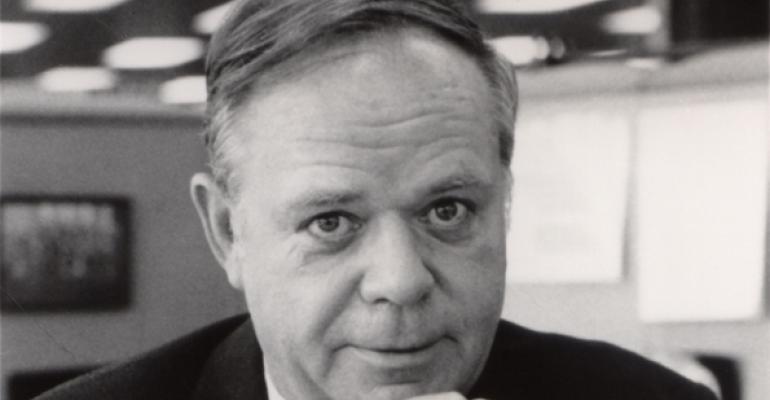 Fred L. Turner, honorary chairman of McDonald’s Corp. and the company’s former chief executive, died late Monday night from complications due to pneumonia. He was 80.

After joining McDonald’s as one of founder Ray Kroc’s first hires in 1956, Turner quickly rose through the corporate ranks, becoming president and chief administrative officer in 1968 and chief executive in 1974. He was elected chairman and CEO in 1977 and served in those roles until 1987.

He remained on McDonald’s board of directors until 1990, when he was named senior chairman. He was named honorary chairman in 2004.

“Fred’s contributions to McDonald’s are immeasurable,” Don Thompson, the company’s president and chief executive, said in a statement. “For more than 50 years, he was dedicated to operations excellence, training and developing a great-tasting menu. He worked side by side with Ray to open clean, welcoming restaurants where families could enjoy a high-quality meal and a special time together. Our more than 34,000 restaurants around the world serve as a testament to Fred’s business genius and his strong commitment to our customers. Fred was a dedicated family man, a savvy business leader and a loyal friend. We will miss him tremendously.”

Long before his tenure as chief executive, in which McDonald’s more than tripled its number of restaurants and entered dozens of international markets, Turner codified the operational standards that the company uses in its restaurants to this day. He authored the chain’s first Operations and Training Manual in 1958.

In 1961, he led the creation of McDonald’s Hamburger University, the intensive training program for employees, managers and franchisees that matriculates thousands of students each year at seven campuses around the world. The campus at McDonald’s headquarters in Oak Brook was renamed the Fred L. Turner Training Center in 2004.

“Fred was a passionate believer in training and development,” Jeff Stratton, president of McDonald’s USA, said in a statement. “Fred constantly raised the bar higher and challenged our franchisees, suppliers and people to work together and continuously improve the customer experience in our restaurants.”

Turner was a co-founder and life trustee of Ronald McDonald House Charities, and he and his late wife Patty were large supporters of Drake University in his hometown of Des Moines, Iowa.

He is survived by three daughters and eight grandchildren. Funeral arrangements are pending, McDonald’s Corp. said, but the Turner family has requested that contributions be made to Ronald McDonald House Charities or the Patty Turner Senior Center in Deerfield, Ill., in lieu of flowers.