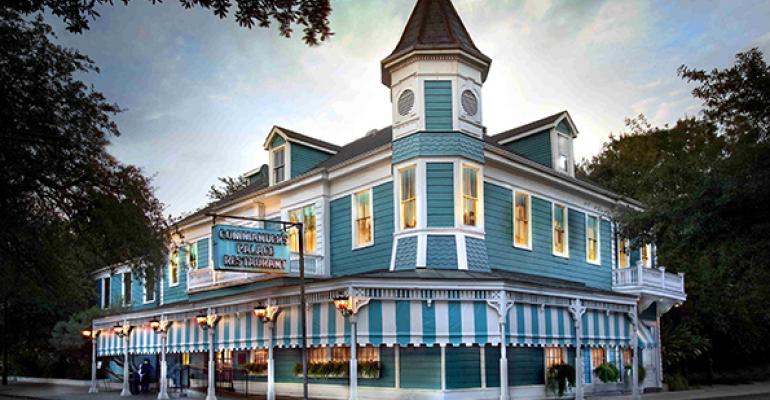 Ella Brennan, the matriarch of the legendary New Orleans restaurant family that breathed life into polished Southern hospitality at Commander’s Palace, died Thursday at her home, representatives at the restaurant confirmed. She was 92.

The lifelong New Orleans native was a pioneering woman in the restaurant business in the 1940s, earning her chops at her brother Owen’s Brennans restaurant and helping to popularize breakfasts that celebrated egg dishes and honed theatrical tableside presentations like flambéed bananas Foster.

“Ella was the visionary of where the food was and where she really wanted it to go — not only just food, but a total restaurant, a total package,” said Emeril Lagasse, who was chef at Commander’s Palace from 1982 to 1989, in last year’s documentary, “Ella Brennan: Commanding the Table.”

After a reorganization, some family members moved away from Brennan’s and bought Commander’s Palace in 1969, which at the time needed a lot of work. In 1974, Ella Brennan, her sister Dottie and brothers Dick and John Brennan gave Commander’s Palace a new look, including the iconic “Commander’s Blue” exterior.

The jazz brunch became a staple.

“I don’t want a restaurant where a jazz band can’t come marching through,” Brennan said in the subtitle of her 2016 memoir, “Miss Ella of Commander’s Palace.”

As for the regionally inspired food, she said: “If you don’t eat well in New Orleans, you’re not interested.”

Through the years, some of the region’s top chefs helmed the Commander’s kitchen, redefining what became known as “haute Creole” cuisine, including Paul Prudhomme, Lagasse, Jamie Shannon and current chef Tory McPhail.

She was known for treating her staff with the courtesy that she treated her restaurants’ guests.

“The first thing you have to show these guys is respect,” Brennan said in the 2017 documentary, explaining why she worked so well with the male-dominated kitchens and fostered the culinary creativity her establishments were known for.

Brennan was involved in other restaurant ventures as well.

Her part of the family opened a Brennan’s in Houston in 1967 — not affiliated with the original Brennan’s in New Orleans. In addition, the group added the French Quarter tavern called SoBou, named for its “south of Bourbon Street” location, and Café Adelaide, offering a more playful take on Cajun/Creole cooking.

Commander’s has survived even the devastation of Hurricane Katrina in August 2005, which required the restaurant to close for 13 months and make $6.5 million in reconstruction, according to Nola.com.

Brennan said the family had no choice but to undertake the rebuilding.

"We never even paused to consider not coming back,” she wrote in her memoir. “No way. Hell no. New Orleans is our town, and she needed us as much as we needed her."

Ella Brennan was born on Nov. 27, 1925, the fourth of six children of Nellie and Owen Brennan. Her marriage to Paul Martin ended in divorce.

Services will be private, according to Nola.com.