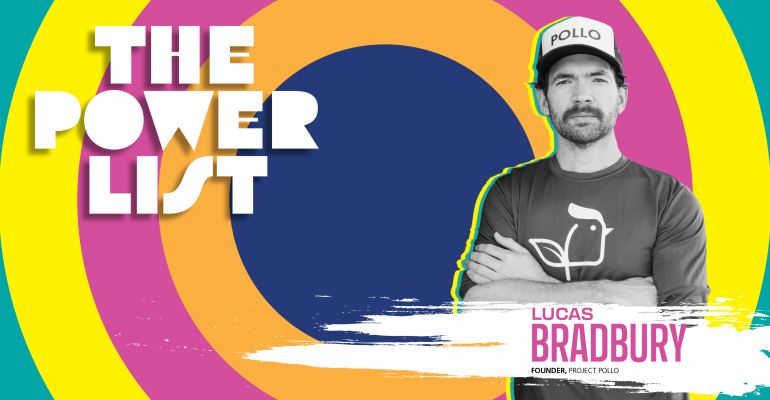 Project Pollo, which offers a menu of plant-based chicken in a quick-service format, is seeking to create a sustainability-based operating model that Lucas Bradbury, founder of the chain, hopes will set a new standard for the quick-service restaurant segment.
News>People

Project Pollo, which offers a menu of plant-based chicken in a quick-service format, is seeking to create a sustainability-based operating model that Lucas Bradbury, founder of the chain, hopes will set a new standard for the quick-service restaurant segment.

“Our goal is to continue to pioneer the plant-based space, not only nationally, but internationally,” he said. “We really want to be able to provide affordable access to plant-based alternatives in every city, on every corner.”

In the near term, however, Bradbury is focused on perfecting the brand’s operations. He’s opened 13 locations in less than two years, mostly converting second-generation sites. Growth plans call for doubling in size in the next year.

Bradbury said consumers are eager to support new solutions that have a meaningful impact on the community and environment and provide a more healthful alternative to typical quick-service fare. They also want to support concepts that treat their workers fairly, and Project Pollo aims to do that with company-funded health benefits and paid vacation.

He describes today’s labor environment as a “workplace renaissance.”

“We really have to pivot as leaders in order to change our perception and our deliverables as a company to what our team wants from us, not what we want from our team,” said Bradbury.

Employees want a workplace where they feel powerful and where they feel like they are helping with the company’s mission, he said. At the same time, they want to be rewarded and compensated for their time.

“We truly have to understand that human capital is so important to us. It's so important to our growth, and inevitably it's going to position us to make a huge impact in our communities as we scale,” he said.

At the same time, the company continues to face challenges around increasing costs for ingredients, which puts pressure on Bradbury’s mission to provide affordable access to healthy foods. He seeks to price his menu as competitively as possible with other quick-service chains to help attract those consumers who might be seeking plant-based alternatives occasionally but would be put off by high prices. So far, the company has been absorbing price increases in order to remain an affordable option for these customers.

Bradbury said the company aims to take a deliberate approach to expansion to make sure it stays true to its mission around “people over profits and pollo with a purpose.”

“As much as growth is fun, and you want to be everywhere very quickly, you really have to remember who's in your backyard, and who's the community that surrounds you and the team, and really take care of those first,” he said.

Key to the success of the concept will be ensuring that its messages around sustainability, health and social responsibility get out to the communities where Project Pollo is expanding.

“We have to educate people as to why their dollar going toward our company is more impactful for our team and for the planet,” Bradbury said.