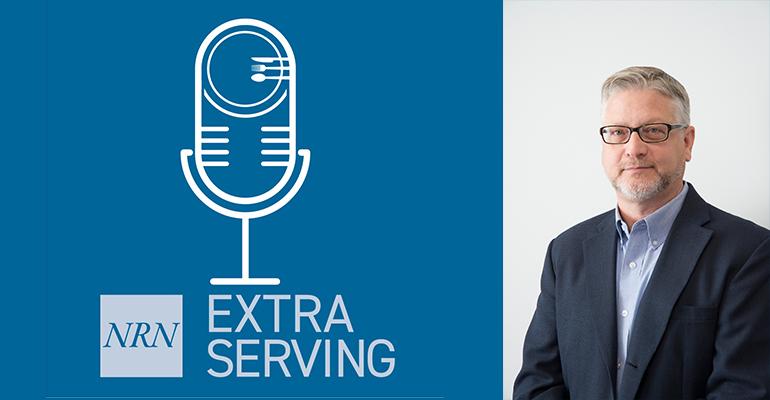 Dennis Pfaff, former COO of FIC Restaurants Inc., parent of Friendly's, and Gillian Begin, its brand and research manager, spoke with Alan Liddle on this week's edition of Extra Serving.

Dennis Pfaff, who, until recently, was chief operating officer for FIC Restaurants Inc., parent to the full-service Friendly’s chain, and Gillian Begin, its brand and research manager, spoke with Nation’s Restaurant News about the Wilbraham, Mass.-based system’s makeover of its kids’ offerings and the investigations that led to it, including playful interrogations of summer campers. Pfaff departed from Friendly’s a short time after this podcast interview was conducted.

Also touched on along the way: the impetus for the changes, marketing moves supporting them, kid-centric server training, early guest responses and initial business results, including those around delivery.

Kids and families are important business for restaurants, as they not only bring higher numbers to any order, but also present an opportunity for brands to resonate with the little ones in ways that can translate into traffic-building loyalty. 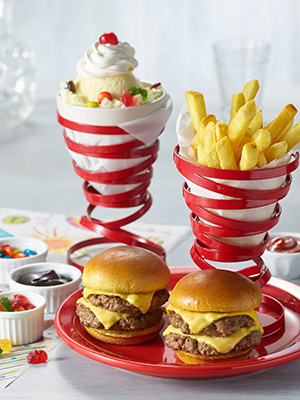 This podcast was originally recorded just days before the nationwide closure of restaurant dining rooms by governmental jurisdictions looking to slow the spread of novel coronavirus. NRN decided to hold its release until dining rooms began to reopen and operators would welcome ideas and examples of how to appeal to and serve children and their families both on-premise and, with some adaptation, off-premise.

In the meantime, Friendly’s has kept at it and, among other moves, added to its menu for delivery and take-out a Family Ice Cream Sundae Kit. Priced at $29.99 at some stores, that kit features a choice of ice cream, three toppings, whipped topping and cones and cups for serving.

Friendly’s has undergone some downsizing and repositioning during the past decade, with 2019 seeing the closure of dozens of restaurants to bring the brand’s estimated total year-end number of locations to about 150. A management letter to franchisees last year explained: “To remain relevant, the company is embarking on a brand turnaround that includes a menu refresh, delivery and catering.”

Pfaff, a seven-year Friendly’s veteran before his departure, previously was a regional vice president for Red Lobster. He said the work on the kids-dining program was the next logical step after looks at other areas of the menu.

After testing late last year, the retooled kids’ approach launched systemwide in January, introducing foods such a brioche-wrapped sliders and fish and chips, with some of that fare served in new colorful, eye-catching holders, according to Begin. She is a certified qualitative research moderator who joined Friendly’s in 2004 and previously served as its product development marketing manager.