The new CMO replaces Rani Yadav, who left in March

Freeman most recently was chief brand officer at Hewlett Packard Enterprises, spearheading the launch of that brand as one of the companies that were created when Hewlett Packard split in two in 2015 (the other was HP Inc.).

Prior that, she was senior vice president for brand strategy at Time Warner Cable. Previously she held executive positions at several ad agencies, including BBDO, DDB and Deutsch LA, where USHG said she ran some of the largest and creative accounts and was known for “inspiring teams and greenlighting first-to-market ideas.” 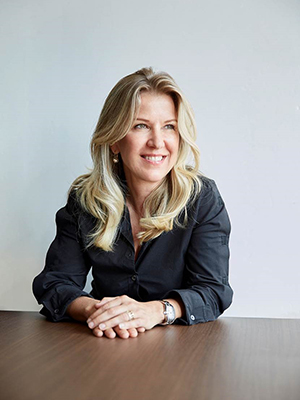 “I am thrilled to welcome Marissa Freeman as our new chief marketing officer at Union Square Hospitality Group,” founder and CEO Danny Meyer said in a release announcing Freeman’s appointment. “As we once again welcome guests to our dining rooms, meet new staff members, and even introduce some new restaurants into the fold, clearly communicating and sharing our purpose and brand story is more important than ever to our success. Marissa brings her entrepreneurial spirit, deep-rooted marketing expertise, and a true passion for extending Enlightened Hospitality.”

“Enlightened Hospitality,” is Meyer’s term for his New York City-based company’s style of service, which includes providing stable careers and advancement paths for all employees. Until recently, that included a tip-free service system that Meyer began rolling out in 2015, but ended up scrapping last July as he reopened many of the restaurants that were shuttered at the beginning of the pandemic.

According to USHG’s web site, some of the new restaurants in the works are LoBall, a bar slated to open in New York City’s Flatiron neighborhood later this year, and Ci Siamo, an Italian restaurant near Hudson Yards, also in New York.