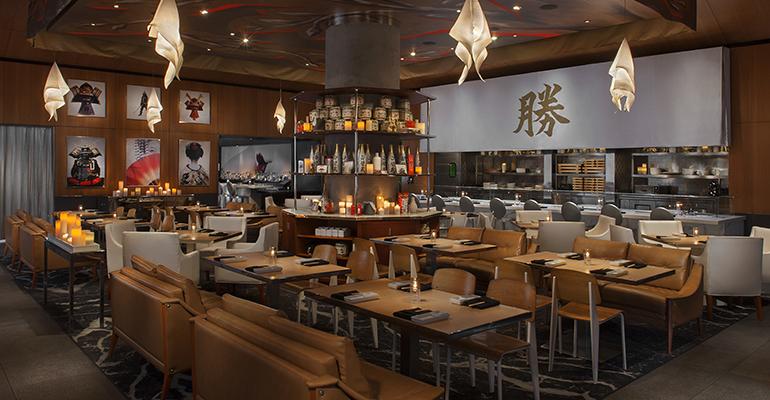 Los Angeles-based Disruptive is the recently relaunched restaurant arm of hotel company SBE, parent to the SLS, Morgan and The Redbury hotel brands. The restaurant group includes a number of high-end concepts, including the José Andrés restaurants, The Bazaar in Beverly Hills, and Bazaar Mar in Miami, as well as Katsuya, and Cleo.

As CEO of Disruptive, del Olmo will also lead the 26-unit Umami Burger chain — SBE is a majority shareholder — as well as the hotel group’s nightlife division.

He served previously as a senior vice president and managing director of Wyndham Hotel Group for Wyndham Worldwide, and he has worked with Amadeus Global Travel Distribution and Melia Hotels International.

He joins SBE at a time of planned growth. The company is scheduled to open 19 restaurants and five lounges within the next six months, including a third unit for Cleo in L.A. and the brand’s first unit in New York.

Recent openings by the group include Leynia and Doheny Room at Delano South Beach; new Katsuya locations in Dubai and in the Bahamas; and the fourth Umami Burger unit in New York.

SBE’s portfolio includes 74 restaurants and 42 lounges around the world, and the restaurant brands generated more than $160 million in gross revenue in 2015, the company said.