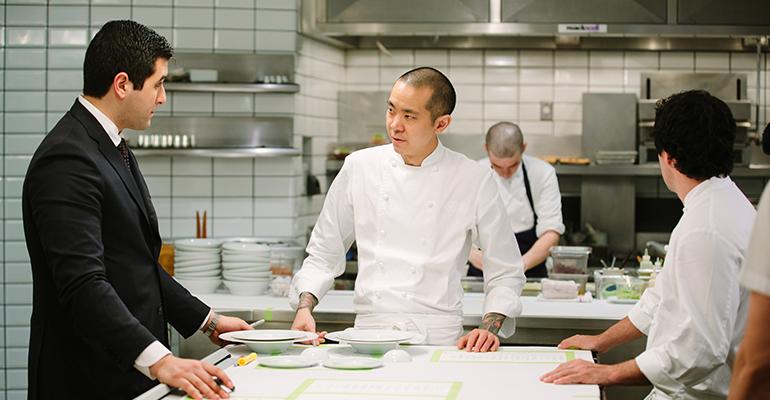 Corey Chow takes the helm at Per Se

Chow is just the third person to hold that position since the restaurant opened in February of 2004 with chef de cuisine Jonathan Benno.

Chow joined the Thomas Keller Restaurant Group in 2007 as a commis at Per Se and rose to the rank of sous chef in June of 2010. Before joining Per Se he was chef de partie at Alan Wong’s in Honolulu.

He left Per Se at the end of 2013 and worked first at The Nomad and later at Torrisi Italian Specialties, both in New York City, before returning to Per Se as an executive sous chef in 2015.

Chow “is responsible for all menus and guests’ experiences at the three Michelin-starred restaurant,” according to a release from the Thomas Keller Restaurant Group.

“For restaurants, change can be challenging. But it also offers profound opportunities,” Keller said in a statement. “As people move through our kitchens, it's important that we recognize potential and also look to the future. Eli Kaimeh has been with us since the day we opened and has been a significant part of the restaurant for the past 13 years. Starting out as a chef de partie, he has moved through the ranks of our kitchen. His ambition and aspirations have continued to drive him along the way and his loyalty he has shown to me, and Per Se, is profound. I want to express my gratitude for everything he has done for this restaurant and for me. On August 13, Chef Eli will withdraw from his day-to-day activities at the restaurant and will take a sabbatical. We look forward to seeing where his career will take him.”

He earned a bachelor’s degree in psychology at Cal Poly Pomona and then graduated from Le Cordon Bleu in Pasadena, Calif.