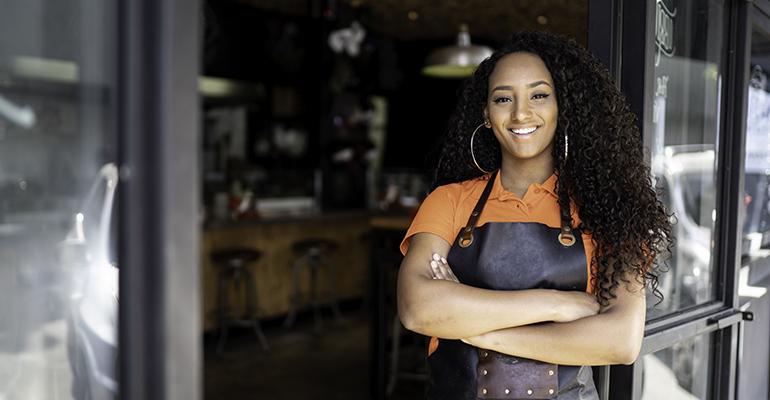 While the horrific killing of George Floyd was hard to watch, his death has spurred a movement among people and industries looking to do better by Black Americans. And, the most recent sector to act is the foodservice industry.

The Multicultural Foodservice & Hospitality Alliance (MFHA), 4thMVMT and PepsiCo have launched a leadership and mentorship program that will increase the number of Black--owned restaurants in the industry.

Dubbed Pathways to Black Franchise Ownership, the program will take “the best of the best and partner them with [restaurant] brands that will help them create long term wealth and change in their communities,” said Karim Webb, CEO of 4thMVMT, an organization that seeks to end the racial wealth gap by removing the barriers to entrepreneurship for Black Americans.

The Pathways to Black Franchise Ownership was the topic of the final Restaurants Rise powered by MUFSO keynote, held Oct. 29 and sponsored by PepsiCo Foodservice.

Related: What’s in store for the economy? Vijay Vaitheeswaran of The Economist gives a preview of the economic trends he foresees

As the founding sponsor of the program, PepsiCo is pledging $2.5 million over the next five years to build and sustain the program.

Roth said the program goes beyond financial support. Pathways is about providing the training and mentoring “aspiring black entrepreneurs” to become restaurant owners.

“We've got a goal collectively to create 100 Black-owned businesses over the next two years,” Roth said. “We know we can do it. It's the right thing to do.”

Roth and other panelists challenged their foodservice peers to join the collaborative effort.

“This killing of George Floyd really opened the eyes of America, and the world about how racism and racial inequality impacts black Americans in all aspects of their life, including business,” Fernandez said. “Now, companies, foundations, and others are stepping up with a desire to make significant and lasting economic change in the lives of Black Americans.”

Cancro said he knows what it means when someone gives you a life-changing opportunity.

When he was 17, he bought Mike’s Subs with the financial help of his football coach, Rod Smith, who was also an executive at the local bank in his hometown. After relaying his passion for the business, Smith’s bank lent Cancro the $125,000 he needed to buy the shop. That led to Cancro building an empire of sandwich stores under the new name Jersey Mike’s Subs.

This year, he is giving back in the same way. He launched a program, the Rod Smith Sponsorship Award, where he finances managers and assistant managers who want to own their own Jersey Mike’s Sub shop.

Like the Pathways program, Cancro said he’s looking for hard working passionate workers who might not think they have a path to ownership.

“We're going after whoever has the energy, cares about pulling people, not pushing, and rising up together and putting other people first before yourself,” Cancro said.

The inclusive program hopes to invest in 25 potential franchise owners over the next 12 months, Cancro said.

Each panelist said ownership is one path to social and economic equity, which can drastically alter the journey of underrepresented populations like Black Americans.

The Pathways program will begin accepting applications in the first quarter of 2021. To learn more, go to: MFHA.net