Kids dining
brought to you by 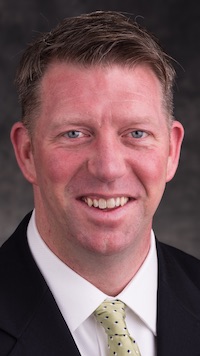 McKillips' appointment is immediate, and he succeeds Tom Leverton, who has resigned after five years as CEO, the Irving, Texas-based company’s board said.

McKillips has more than 25 years of experience in the family entertainment, media and theme park industries. Most recently, he was president of the international development company at Six Flags Entertainment Corp., responsible for the operations at all properties outside the United States.

“David is a proven executive with a lifetime of experience and success in the family entertainment industry, both domestically and around the world,” said Andrew Jhawar, CEC chairman and senior partner at Apollo Global Management Inc., which owns the brand.

“He has demonstrated an ability to drive revenue growth through innovation, marketing, licensing, improved operations and corporate partnerships, which are skills that make him the ideal candidate to lead CEC into its next phase of growth,” Jhawar said in a statement.

“As a national leader in family dining and entertainment, CEC is recognized for its high-quality food, fun and wholesome family entertainment,” McKillips said. “With the iconic Chuck E. Cheese and Peter Piper Pizza brands, dedicated employees and strategic partnerships, the company is well positioned to expand and provide an even better guest experience going forward.”

CEC owner Apollo Global Management and Leo Holdings Corp. in July ended an agreement that would have taken the company public. No reasons were given.

As of Sept. 29, CEC and its franchisees operated a system of 610 Chuck E. Cheese’s and 128 Peter Piper Pizza venues, with locations in 47 states and 15 foreign countries and territories.