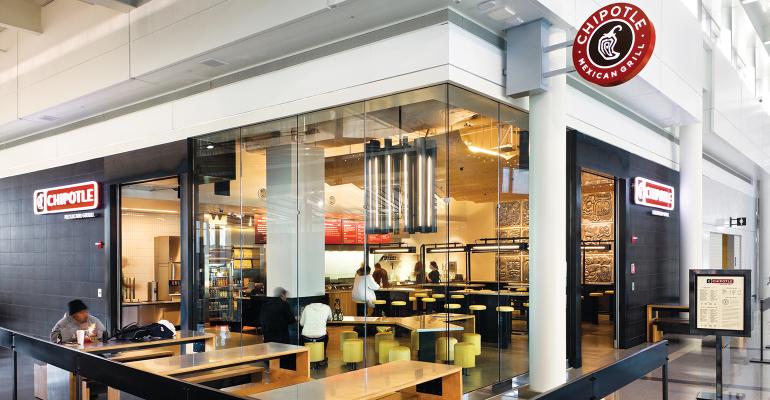 Crumpacker will receive 26 weeks of his base salary and will keep a $600,000 retention bonus that Chipotle executives signed in January, according to the SEC filing. His resignation came a week after Brian Niccol, former CEO of Irvine, Calif.-based Taco Bell Corp., took over as Chipotle’s CEO. Former Chipotle CEO Steve Ells announced his resignation in November. He remains executive chairman of the company he founded in 1993.

Crumpacker oversaw Chipotle’s branding and efforts to overcome a series of foodborne illness outbreaks linked to the chain in 2015. As a result, same-store sales fell in 2016 and remained sluggish in 2017.

For the fourth quarter ended Dec. 31, Chipotle’s same-store sales increased 0.9 percent, which the company partially attributed to menu price increases. Net income for the quarter was $43.8 million, or $1.55 per share, compared with $16 million, or $0.55 per share, the previous year.