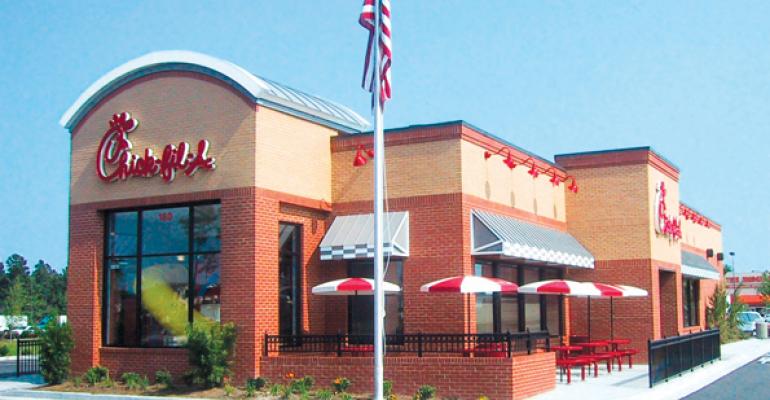 Dan Cathy has been promoted to chair and chief executive of Chick-fil-A, replacing his father, who remains as chair emeritus, according to press reports late Thursday.

S. Truett Cathy, who founded the Atlanta-based quick-service chain, is 92 and in good health. Reports indicate that the move was part of a long-planned succession.

Truett Cathy will turn his attention more fully to entrepreneurial efforts, including a new restaurant concept called Truett’s Luau, which is reportedly scheduled to open in Fayetteville, Ga., next month.

Dan Cathy, who served previously as president and chief operating officer since 2001, earlier this year was the recipient of a Nation’s Restaurant News Golden Chain award. It was Chick-fil-A’s second Golden Chain; the first was awarded in 2005.

The younger Cathy is known for his focus on customer service, and created the chain’s “Second-Mile Service” program, which encourages all employees to exceed expectations whenever possible.

A devout Christian, Dan Cathy has also made headlines for public comments on “traditional marriage.”

“Dan is ready to take Chick-fil-A into its next chapter of growth and stewardship,” Truett Cathy said in a statement in the Atlanta Journal-Constitution. “He has been a highly effective leader in the business and shares my commitment of being a faithful steward to all that has been entrusted to us.”

This year, Chick-fil-A overtook KFC as the largest U.S. chicken chain in terms of systemwide foodservice sales, according to NRN’s annual Top 100 census. The quick-service chain ended 2012 with 1,669 units and systemwide sales of more than $4.5 billion.