Juan Borjas is the new executive chef at The Spillover, a Miami restaurant operated by Kush Hospitality Group. He began his cooking career at Hillstone Restaurant Group in Coral Gables, Fla., before moving to New York and studying at The French Culinary School (now The International Culinary Center). He went on to work at Stanton Social and Beauty & Essex in New York before joining the culinary staff of the White House during the administration of President Obama. He later reconnected with Matthew Kuscher, who he had met at Hillstone, and joined his Kush Hospitality Group

Francisco Espinosa has been promoted to chef de cuisine of Bistro Restaurant & Bar at the Edgewood Tahoe in Stateline, Nev., after having joined the restaurant seven months ago.  Previously he was executive sous chef of Robert Irvine’s Public House in Las Vegas.

Lonny Huot is executive chef of the Edgewood Tahoe in Stateline, Nev. He was most recently the property’s executive chef assistant, and before that did stints as executive chef of The Jefferson Hotel in Richmond, Va., The Shores Resort & Spa in Daytona Beach Shores, Fla., and The Villas of Grand Cypress in Orlando, Fla.

Barbecue expert Howard Kleinberg is the new chef at Smokey Bones Bar & Fire Grill, based in Miami, where he attended culinary school at Johnson & Wales. Apart from his roles as a pitmaster, he has worked under chefs Mark Militello, E. Michael Reidt and Alfred Portale.

Jeff Maxfield is the new corporate chef of Kilgore Culinary, Brad Kilgore’s restaurant group in Miami. A graduate of The Culinary Institute of America, he headed up the kitchen at Brava by Brad Kilgore and then became chef de cuisine at Alter before taking up his current position.

Giselle Miller has returned to Deuxave in Boston as pastry chef, a position she held from 2011 to 2014 before departing to work at Liquid Art House, Café Art Science and, most recently, Menton, all in the Boston area.

Leo Osorio is executive chef of Stephen’s Delicatessen, a Kush Hospitality Group restaurant in Hialeah, Fla. He got his start at Town Kitchen and Bar in Coral Gables, Fla., working his way up to general manager before working in other South Florida restaurants including Finka Table & Tap and Michael’s Genuine Food & Drink. He joined Kush Hospitality in 2016, working in various positions at LoKal and The Spillover before joining Stephen’s.

John Poiarkoff is the new executive chef of Union Square Hospitality Group’s Marta, Caffe Marchio and Vini e Fritti in New York City. He got his start at USHG spending five years at The Modern, working his way up from line cook to sous chef. He then worked at The Pines and Willow in Brooklyn, N.Y. Most recently he was culinary director of Eat Serious Have Fun, a restaurant group based north of New York City in Westchester County, where he oversaw the culinary operations at The Cookery, The Parlor and Eugene’s Diner & Bar.

Lucas Sousa is executive chef of the Barbara Lynch Collective group of restaurants in Boston. He started his career under Lynch in 2010 as a rounds cook at No. 9 Park. He then worked at Bibiana and 701 Restaurant/Oval Room in Washington, D.C., before returning to Boston to work as executive chef of Beacon Hill Hotel & Bistro and then Artistry on the Green. He returned to Lynch’s group in 2017 as chef de cuisine of Menton. He then also started running the kitchens of Sportello and Drink before being promoted to his current position, for which he oversees the culinary direction of seven restaurants.

Bill Telepan, who has long been a fixture on the New York City dining scene — at JUdson Grill, then at his own restaurant called Telepan, and most recently at Oceana — is now the culinary director of the city’s Metropolitan Museum of Art, whose foodservice is operated by Bon Appetit Management.

Evan Tessier is executive chef of the Untitled and Studio Café, the two restaurants at the Whitney Museum of American Art in New York City. He joined Untitled as sous chef in 2016 after having worked as a line cook at Gramercy Tavern which, like the Whitney restaurants, is operated by Union Square Hospitality Group. 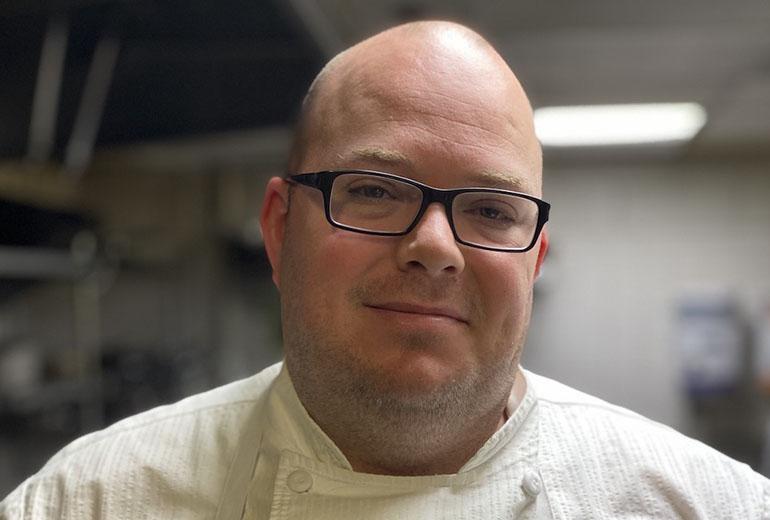 Next Up
On the move: January 2020 restaurant executive changes
Start Slideshow ›