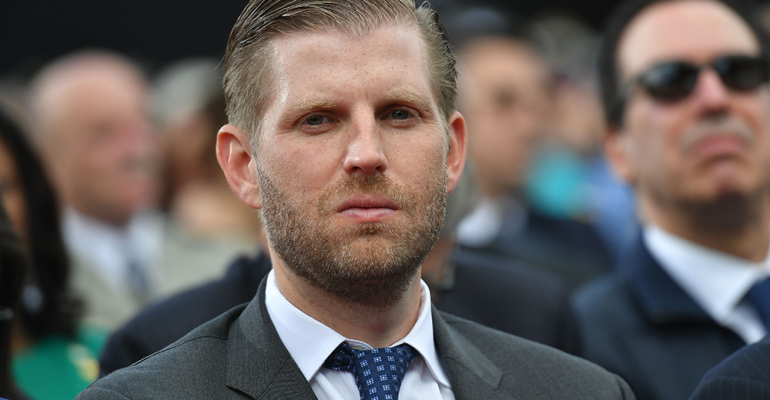 The Aviary places worker on leave after spitting claim

An employee at the high-end Chicago cocktail bar The Aviary was placed on leave Wednesday following reports that Eric Trump, a son of President Donald Trump, said he was spat upon during a visit to the bar this week.

Related: Politics v. hospitality: Where do you draw the line?

In a statement Wednesday, officials from The Aviary said they did not witness the incident and were just beginning to learn the details. The name of the employee, who was reportedly taken into Secret Service custody, was not released.

“What is certain is this: No customer should ever be spit upon,” The Aviary statement said. “We have not yet spoken with the employee but our HR team has, in the meantime, placed her on leave. We will not discuss internal HR matters beyond this statement.”

The reports prompted a rigorous debate in social media that included both praise and condemnation from those on both sides of the polarized political scene.

@EricTrump [prayer emoji] for your safety after incident in #Aviary restaurant! I wonder if their management uses #EVerify? Illegal workers are very angry at your dad for enforcing immigration laws! What was name of attacker & where was she born?

@AviaryCocktails just made my must visit list when in Chicago. #MAGA & #ImpeachTrump #SpitGate #EricTrump

In the statement, The Aviary officials went on to comment on that discussion:

“More broadly, the online discussion about the incident is troubling. Hundreds of people are calling for the demise of our business, threatening our employees and posting fake reviews. ... They are wrong to do so based on the actions of a lone individual,” the statement said.

“So too, however, are those people wrong who are praising this as an act of civil disobedience. We have voices and the means to be heard. A degrading act lowers the tenor of debate. To some it might feel good, but it is unlikely to serve any larger purpose,” The Aviary statement said.

“We hope this incident can, at least, serve to illuminate the current absurdity of the discourse in our politics,” the statement continued. “As fellow Americans and citizens, we should all aim higher.”

The incident evokes a similar event last year in which a Virginia restaurant experienced a political firestorm after then White House press secretary Sarah Huckabee Sanders and her party were asked to leave.

That story, however, had a happy ending. After a year of getting both hate mail and messages of support, Red Hen co-owner Stephanie Wilkinson wrote in The Washington Post in May that the debate after the incident actually boosted business, not only for the restaurant but for the town and local charities.

The Aviary is owned by the Chicago based Alinea Group, co-owned by the acclaimed chef Grant Achatz and Nick Kokonas.

With three Michelin stars, Alinea on Tuesday was named one of the World’s Best 50 Restaurants.