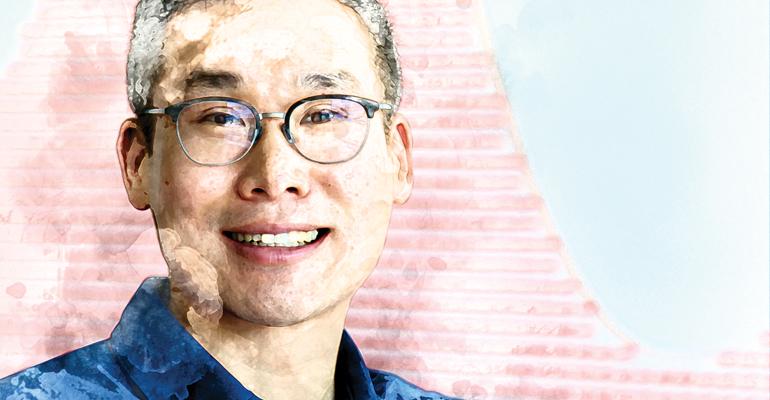 Driving healthy growth at Smoothie King with a wellness-centric message

For Wan Kim, smoothies aren’t about flavor, but about purpose.

“If we are selling strawberry and banana smoothies, then we are competing with McDonald’s, Starbucks, Dunkin’ — so many different brands — and I do not think that’s what people want,” said Kim, who is CEO of the Smoothie King chain. Kim started as the chain’s franchisee for South Korea, building it up to more than 100 locations in that country before buying the parent company, Smoothie King Franchises Inc., from founder Steve Kuhnau in July 2012. He later sold his South Korea stores.

Smoothie King’s growth came as Kim and his team reconceptualized what Smoothie King was selling.

“We really want to be an integral part of every health-and-fitness journey,” Kim said. “We don’t define your journey, but we’re going to have a lot of products so that, whatever you need … it’s your call, but we want to help you.”

So he rearranged the menu into four categories: Fitness, Wellness, Slim and Take a Break and his team worked to formulate smoothies that would help people bulk up, slim down, get a lot of nutrition or even enjoy a small indulgence.

In the Slim category are drinks like Greek Yogurt Pineapple Mango, a smoothie with those ingredients as well as bananas, passion fruit juice blend, a protein blend, nonfat milk, fiber and an electrolyte mix.

Wellness smoothies include drinks with nutrient-dense items and nutraceuticals such as matcha green tea, blueberries and kale, as well as vegan offerings and two smoothies for people in special stages of life.

Kim said the American Cancer Society was skeptical when his team approached them.

“From the beginning, not knowing what we’d been doing, they really didn’t like any smoothie concept,” he said. “They said, ‘You guys have a lot of sugar and we don’t think we can come up with a product.’ We told them we now have about 50 smoothies that have no sugar added, and all of our products are all whole fruits and no artificial stuff. And they went, ‘Wow, really? That’s not what we know about Smoothie King. Let’s talk’.”

In June, the chain also began testing a Clean Blending initiative at 76 locations in the Dallas market, where Kim recently moved the chain’s headquarters from the New Orleans area, that removes all added sugars and artificial ingredients.

Smoothie King also has undergone some shifts in its image, including a new logo that emphasizes the brand’s name, with the two words under a crown, and a new store design with a drive-thru and more streamlined space for retail items such as protein powders.

Kim said some franchisees haven’t been too keen about the brand’s transformation.

“They were like, ‘Oh my god, Wan, we need to come up with a new cherry-flavored smoothie,’” he said.

“We really have a strong vision, and I think we also have some franchisees who don’t believe in that vision, and we actually told them, ‘It’s time for you to exit,’” he said. “We really want to make sure that we build a strong franchise community [that believes] our future is really achieving our vision.”

Besides, he said, six weeks into the Clean Blending test, and tastes scores actually rose. According to customer experience management company InMoment, which Kim hired to measure guest satisfaction, the taste score rose from 80 before the launch to 83.

“Our team did a great job,” Kim said.

Meanwhile, new franchisees are coming on board, including three Planet Fitness franchisees who want to open Smoothie Kings with drive-thru windows in the gyms’ parking lots.

Kim said a couple such locations have already opened, “and they are doing really phenomenal.”

Smoothie King’s domestic locations remain primarily in the Southeast, but Kim sees the brand’s footprint expanding. There are around 20 franchise locations in the Washington, D.C., area, as well as one company store open and two more on their way in the area. From there he wants to move up the East Coast to Philadelphia and New York City.

“We are also looking at Arizona and Nevada at this moment, New Mexico as well,” he said. Additionally, the chain has secured a 50-unit deal with a Planet Fitness franchisee in Michigan.

But the chain is going to stay out of smoothie-saturated California for now.

“I want to make sure when we go in there we are well prepared, and I don’t think we’re ready yet,” he said.