/sites/all/themes/penton_subtheme_nrn/images/logos/footer.png
Recent
Recent
Estate of Subway co-founder Peter Buck donates half of the company to foundation
Feb 01, 2023
Wetzel's Pretzels banner year sets the stage for historic 2023
Feb 01, 2023
Why McDonald's marketing is so powerful
Feb 01, 2023
How Black Bear Diner plans to stick to its roots as it expands
Jan 31, 2023
Local Kitchens continues expansion with five new locations coming to Northern California
Jan 31, 2023
Featured
The emergence of mocktails
Jan 23, 2023
36 restaurant industry predictions for 2023
Dec 21, 2022
10 restaurant chains making waves in the breakfast space
Dec 14, 2022
How eco-friendly Seattle restaurant chain Just Poke is doubling in size in 2022
Nov 17, 2022
MUFSO
brought to you by 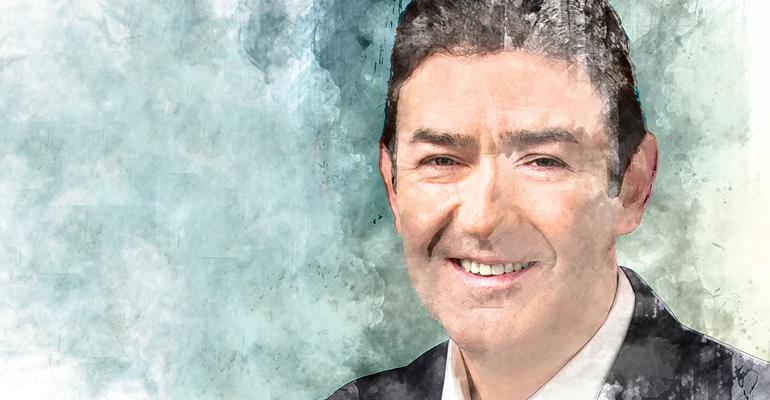 In his first week as CEO of McDonald’s, Steve Easterbrook gathered the company’s top troops to deliver a straightforward message about the slumping chain’s state — both financially and culturally.

“I wanted to bring a transparent view of the situation that we found ourselves in. I wanted to make sure there wasn’t any form of denial of the urgency of the situation,” said Easterbrook, who took the helm of the multibillion dollar burger brand in early 2015.

The reality was McDonald’s was not moving fast enough to adapt to the rapid changes facing the restaurant industry three years ago. It was an irrelevant brand, and Easterbrook’s job was to make it a powerful leader again in the quick-service sector that it helped create decades earlier.

But the climb was steep.

During the last full-year of management by Easterbrook’s predecessor, or fiscal 2014, McDonald’s worldwide systemwide same-store sales were down by 1.0 percent from the preceding year, while U.S.-system comps were off by 2.1 percent.

The chain had been slow to react to the changing needs of the next generation of diners. They wanted speed, convenience, customization, higher quality foods, value and something money can’t buy: strong brand loyalty.

McDonald’s was falling short on all accounts.

“The pace of change outside the business [was] quicker than change within,” Easterbrook told NRN during a recent phone interview. “We were structured in a very old-fashioned way.”

Easterbrook’s turnaround plan was simple: Be more nimble and agile.

That meant streamlining operations, becoming a more disciplined company and striving to be an industry-leading innovator.

“I wanted to bring some confidence into the business,” he said. “The absolute underlying rallying call was to run better restaurants.”

In his first 24 months, he wasted no time making one move after the other. One of the biggest: adding all-day breakfast in the fall of 2015.

McDonald’s had long balked at expanding breakfast for operational reasons. Fast-food kitchens are typically not large enough to cook both breakfast and lunch on the same cooktops all day long.

But, taking the customer knows best approach, Easterbrook offered guests a limited portion of breakfast items all day, before expanding to the full menu a year later.

The chain immediately discovered customers were hungry for Egg McMuffins at lunch and after dark. The following quarter, sales were up.

Easterbrook followed up all-day breakfast with a series of other programs geared for pleasing today’s mobile-centric diner.

The company is hard at work transforming aging U.S. stores under its new Experience of the Future design.

The company and its franchisees recently announced plans to invest $6 billion to modernize the next round of restaurants by 2020.

In May, McDonald’s also completed the rollout of fresh ground beef patties on its legacy Quarter Pounder, as well as the Signature Crafted burgers. Restaurants have also introduced table-side service.

The next-generation restaurants and the menu enhancements are part of Easterbrook’s goal of changing consumer perception about McDonald’s. He said the company is often misunderstood, especially when it comes to food quality.

It’s one of the biggest myths he strives to debunk.

“We look to address people’s understanding of our food and what’s in it and the quality and standards we put into it,” he said.

Ultimately, he said, he can’t blame consumers for “their perception” of the brand. The buck stops with McDonald’s. That’s why Easterbrook has pushed the fresh burger platform and launched several animal welfare initiatives such as transitioning to cage-free eggs by 2025.

“It’s up to us to make the big moves to catch people’s attention,” he said.

“They are taking a lot items on the menu and making them better. They’re paying attention to details,” said Kalinowski of Kalinowski Equity Research. “He’s making McDonald’s a modern progressive burger company.”

The streak continues in 2018, a challenging year marked by fierce value wars across all sectors.

The chain’s recent updates are resonating the most with its most frequent visitors, according to an Earnest Research report.