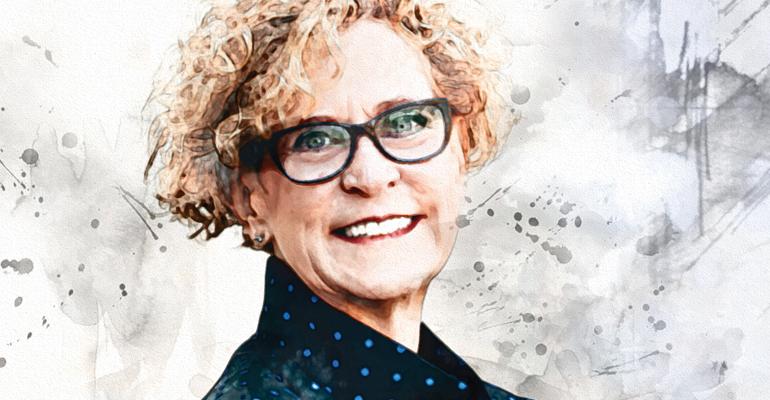 Championing women and culture in an increasingly complex industry

She’s tackling traffic and turbulence in the casual-dining segment. And she’s helping to reverse the restaurant industry’s historically dismal numbers of women in senior-level positions. She’s doing it all with her signature style and sass — it’s not every CEO who is willing to get a burger tattooed to her upper arm when her team hits its numbers.

Of course, it’s not all fun and games. Tough decisions are part of running a business.

“Our mission is to make everyone better for being here, and that includes our team members, our guests and our stockholders. Trying to keep that in my mind at all times requires us to make some pretty careful choices,” Post said

Recently, Post removed her long-time chief operating officer Carin Stutz. She’ll be replaced with current chief financial officer Guy Constant. Post is one of the few women CEOs in the restaurant industry, and the move took the industry by surprise. 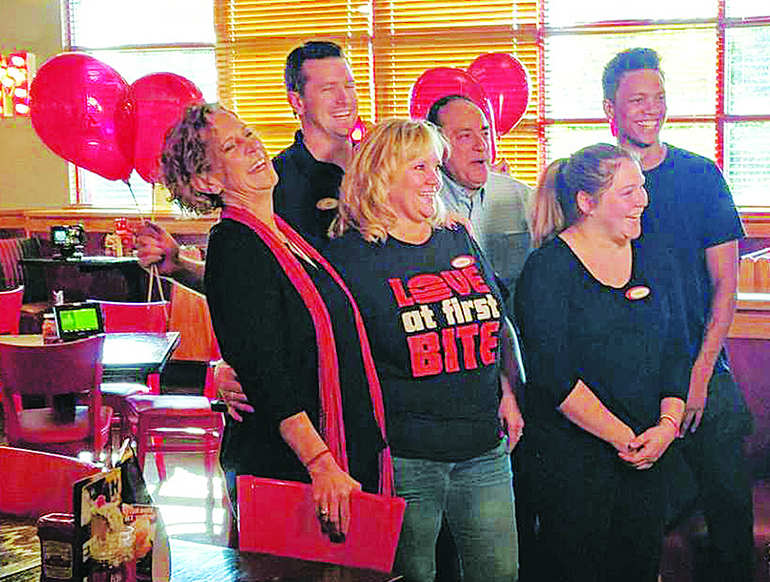 Of the decision, Post said, “Our recent COO change reflects the need for transformational leadership moving forward to embrace the service model changes ahead and ensure we do so with clarity and consistency. Carin helped us get the kitchen and organizational fundamentals we needed in place. Guy is the perfect choice to move us forward with a focus on strategic growth.”

At Red Robin, the board is 50 percent women, and even after Stutz’s departure, the executive team there looks more diverse than most, with three women and four men and one open position. At the senior level, women make up over 60 percent of the team.

Still, Post said, “We have the same retention rate issues that everyone does, which is we have a hard time moving women from managing a single unit — managing a restaurant — to moving to multi-unit, because the lifestyle change is so dramatic. Not to say that running a restaurant is easy, but we’re a family-dining restaurant, we don’t have a big bar business, we’re not open late, you can plan your life through the week so that you still have time for family. When you move to multi-unit, to the regional operations director level, it is much more on demand, much more travel. It’s a challenge.”

Post said having a woman in the role of CEO helps women visualize an upwardly mobile path.

“I think we attract women because they can look up and see that there’s a track for them here,” she said. But Post knows it’s rare to find female leadership in her industry.

Earlier this year the Women’s Foodservice Forum, of which Post has been an active member for 20 years, partnered with McKinsey and released a first-of-its-kind study to quantify women in the food and restaurant industry. The numbers were bleak. The research found, for example, that women make up only 32 percent of C-suite roles at restaurant companies.

“It was really eye-opening for a lot of us,” Post said. “The business case is out there, that balanced gender organizations are more successful.”

More than ever it’s essential to keep all employees, said Post. Annual in-person meetings and quarterly bonuses help. Gestures and initiatives big and small have kept Red Robin’s restaurant manager turnover around 26 percent, quite low for the industry, even, Post notes, as the country posts record high employment levels.

“I think our reason for retention is because we’ve got a great culture,” Post said. There’s “integrity and fun in everything we do. I think that makes a difference in people wanting to be a part of Red Robin, men and women.”

As the employment outlook has changed, so has what’s expected of restaurants and even how brands are categorized.

“There’s a growing complexity of the business. It used to be fairly discrete. There was quick service, there was casual dining and there was fine dining,” said Post. “There’s a lot of that blending. In the casual-dining space, which is where Red Robin operates, used to be all just about full service and dine in and every now and again someone would call to take a to-go order.”

Today, off-premise sales are around 10%. That’s double what they were when Red Robin started focusing on these sales over a year ago, Post notes. And the rise of off-premise and to-go orders changes what a restaurant even is.

“The guest is asking us to be a destination; they still want it to be a great dining experience when they have the time for that,” said Post. “But increasingly they’re not out and about seeing movies and shopping [and dining] like they used to be. They’re doing all that at home, but they still want great restaurant food.”

Burger restaurants also face heavy competition, she noted. As Post points out, casual dining brands like Texas Roadhouse and Olive Garden don’t have much competition from QSR. But Red Robin competes with McDonald’s along with brands like Five Guys and Ted’s Montana Grill, to name a few, said Post. 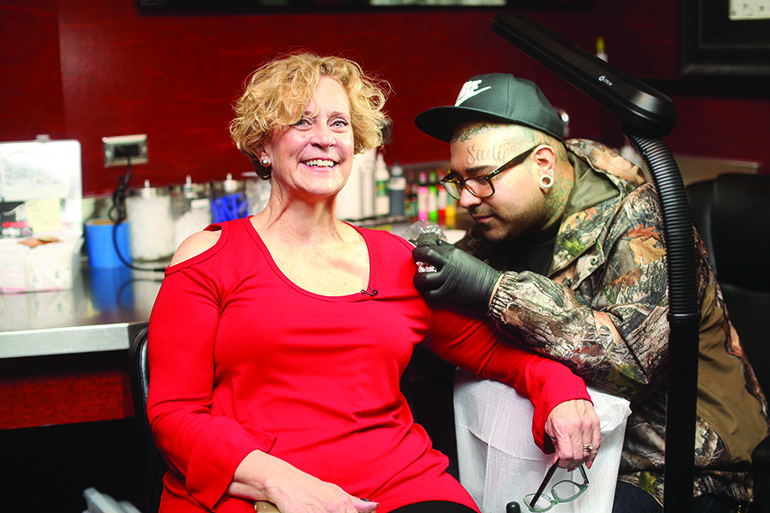 “The good news is [burgers are] a very, very popular food,” said Post. “First and foremost, we have to have a much more interesting craveable, highly customizable [menu], and we do that really well. ... The second is service. Service is now morphing from just tableside to many other ways. I keep telling our digital guys, [our tech has] got to be as intuitive, as friendly and as helpful as our best server. I don’t care if it’s all artificial intelligence — it’s got to be great. And the third is affordable abundance. And that’s one that’s been a challenge for us because a lot of it is about refills but that only happens on dine-in.”

Post is focusing on finding success while juggling the demands of dine-in, carry-out, delivery and catering. “It is without a doubt, the most interesting, challenging, exciting time,” she said.

She seems up for the challenge.

During the 2017 fiscal year Red Robin saw a 6.5% year-over-year improvement in revenue. Same-store sales at company restaurants were up slightly, or 0.6 percent, but that still put the chain ahead of some of its casual-dining competitors. Of the 23 casual-dining chains tracked by NRN with fiscal years ending near Dec. 2017, the average same-store sales trend in the period was a decline of 0.8%.

Going forward she’s willing to do whatever it takes to keep the trend going and keep herself and her team accountable, like getting a tattoo, as she did in 2017, when her staff more than doubled guest satisfaction scores.

Her next challenge to staff is getting peak to peak traffic back at Red Robin restaurants. “Those two hours a day make a difference,” she said. And what will she do when they reach their traffic goal?

“I’ll climb a peak,” she said, revealing a spur of the moment idea. “I’ll promise to scale Mount Something if they promise to hit the peaks.”