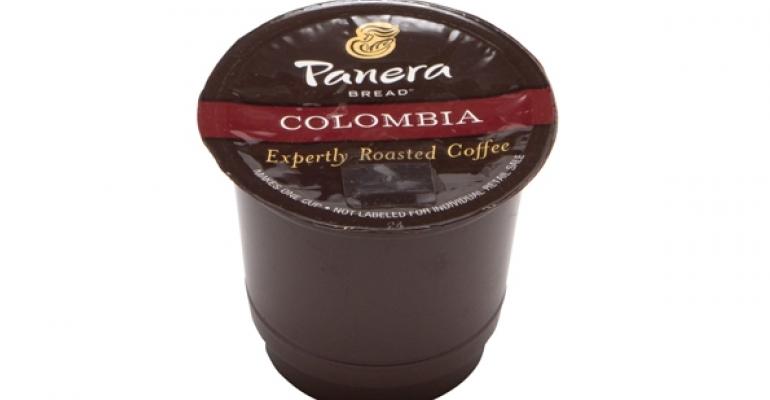 The St. Louis-based bakery-café operator said Tuesday that it will sell the single-brew cups in four varieties: dark roast, light roast, Colombia and Hazelnut Crème. The suggested retail price for a 12-pack of cups is $8.99, a company representative said.

“Our customers appreciate the level of care we put into our menu, like our commitment to fresh coffee on the hour in every bakery-café,” Stephanie Crimmins, Panera vice president of business development, said in a statement. “With Panera single-serve cups, we are offering them the same fresh coffee experience in their own kitchen.”

The cups are available at such supermarkets as Supervalue, Hy-Vee and Winn-Dixie, and are produced by Distant Lands Coffee, which has roasting plants in Seattle and Tyler, Texas.

In 2011, Starbucks Corp. partnered with Green Mountain Coffee Roasters Inc. to offer its coffees on a single-cup platform in a deal that analysts estimated would generate $200 million in incremental sales.

Correction: Dec. 6, 2013  An earlier version of this story incorrectly used a trademarked name for the single-serve brewing cups.