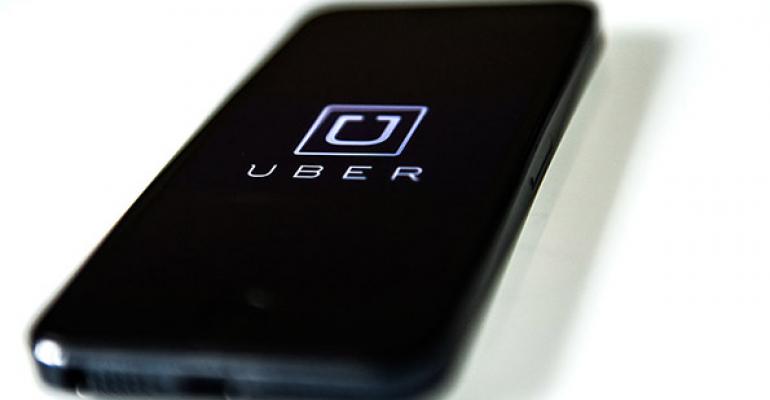 <p>Uber&rsquo;s engagement and activation of its own customers in the policy space is fun, edgy and educational without lecturing.</p>
News

What restaurants can learn from Uber’s playbook

If you were an Uber user in Austin, Texas, this fall, you might have been surprised to see the option to take a horse and buggy instead of a car appear on your smartphone.

The tongue-in-cheek offer was part of Uber’s effort to inform and mobilize customers in its fight against what the company contended were antiquated regulations being considered by local government.

In July, Uber users looking for a ride in New York City were urged to sign an online petition opposing a cap on the number of drivers in the city. And in February, Uber asked customers in Virginia to send digital thank-you notes to members of the state legislature who helped expand the company’s service there. No need for anyone to search out contact information for those lawmakers, as Uber conveniently delivered their Twitter handles directly to its app for customers to use.

Each of these instances illustrates Uber’s ever-expanding strategy of using the very devices that enable its car-booking service as educational, mobilization and political advocacy tools for its business model.

Technology has created new opportunities to engage consumers and educate them about a restaurant company’s perspective on important issues, Kefauver says.

Every day, more than 200 million Americans walk into restaurant, retail and hospitality establishments. Yet by and large, these traditional-economy companies have had an almost universal refusal to inform their own customers about their business, while those customers are essentially captive inside those businesses.

If hourly employers have any hope of ever really changing the conversation around minimum wage and other business-model issues that are currently dominated by the activist and union community, they would be well served by borrowing from at least some of Uber’s strategy.

Simply put, they need to be more willing to use their establishments (the very same platforms that serve patrons) as a mechanism to engage and educate what are potentially their most powerful allies — their customers.

While on the surface this might appear to be a formidable undertaking, the reality is that the changing habits and expectations of consumers, combined with the increasing prevalence of technology in our “traditional economy” spaces, makes doing this easier as every day passes.

Self-checkout kiosks, digital tabletops, tablet ordering and a host of other consumer-communicating technologies are making their way into retail, restaurant and hospitality establishments at a rapid pace. To boot, not only are consumers accustomed to this type of messaging approach, most now expect to be engaged digitally as part of the modern commerce experience.

That brings us to the other lesson from our friends at Uber: What we might learn about tone and tenor. Uber’s engagement and activation of its own customers in the policy space isn’t full of dry facts, figures and arguments. It’s not bogged down with tired talking points. It’s fun. It’s edgy. It educates without lecturing. It captures people’s attention and often elicits their emotions.

If and when hourly employers choose to use their businesses to engage their customers inside those businesses, they would be wise to make sure what they are saying is as fresh and different as the modern means they’re using to communicate that message. And that means it’s time to stop talking about minimum wage and start talking about something — anything — else.

Is there a fun way to let people know how many employees at a certain location have gone from entry level to a management position? Can a company creatively communicate how many volunteer hours or non-profit dollars a certain establishment contributed to the community over the past year? How is a given unit and its larger company talking about the use of its culture of opportunity to help leaders in a city solve problems?

These are the kinds messages that underscore the industry’s tremendously positive record for providing jobs and pathways to the middle class. These are the messages that will hopefully make people stop and think about where they are eating, shopping or staying in ways they haven’t before.

Lest you think I am a complete and total shill for Uber and the sharing economy, I admit that there are pitfalls to this new frontier of advocacy. Airbnb, the sharing-economy juggernaut that allows people to rent out their own dwellings, fell flat on its face recently when it launched a self-congratulatory campaign in San Francisco that essentially asked its customers to thank the company for paying taxes.

Sharing-economy companies also benefit from what’s often referred to as an “innovation halo” in terms of the general perception that tech companies are “cooler” or more virtuous than their traditional-economy counterparts. Thus the hourly employer base can’t just blindly copy the sharing-economy advocacy playbook. The industry needs to borrow where it makes sense and understand the risks and potential rewards associated with connecting with customers in new and different ways.

All of this said, risk should not be a reason for inaction or doubling down on the status quo. Technology has created new opportunities to engage consumers and educate them about your company’s perspective on important issues, and then give those customers digital tools to help channel your message.

To ignore this opportunity is akin to bringing a horse and buggy to a car race.