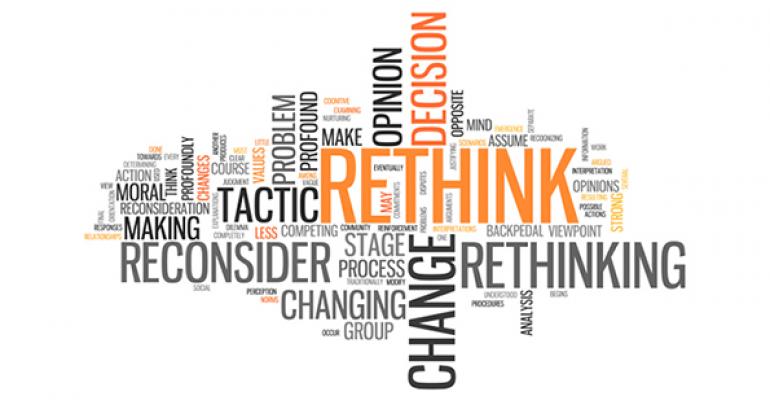 Opinion: The worth of words

We all know the old axiom that words matter. Whether we are business owners, public policy professionals, lawyers, teachers, policemen or any other profession, how we communicate to our constituencies — customers, voters and the general public — matters.

We also know that in the modern communication world it has become increasingly difficult to get the word out. With the explosion of the Internet and the ease and visualization of communication through Facebook, Instagram and similar social platforms, the pressure on words to deliver the right message is greater than ever.

I read an article recently about a clinical study at Marymount University that found that human beings are hard-wired to respond more favorably to messages based on particular word choice alone, and that we are more receptive to certain words that can create an emotional connection to a particular concept or ideal. In fact, in their studies with children, the researchers found that behavior can be significantly altered based on choosing the right word. Scientists have begun to develop a language coined "compassionate communication" as a way to help children with behavioral problems. The whole premise is essentially leveraging the emotional value of words.

From a public policy perspective, words certainly matter. Over the last few years, we have seen opponents of the restaurant and hospitality industry get increasingly adept at framing the industry in a light that elicits negative reactions from a growing sector of the population, especially opinion leaders and policy makers. The best example to date is the multifaceted campaign being waged around the ideal of “justice.”

If you closely follow the politics of food and the food supply, you may have witnessed over time the convergence of a number of disparate issues into a cohesive and dynamic campaign focused largely around words and ideals that draw an emotional response from people.

The issues of nutrition and obesity, food deserts in urban areas, locally grown products, sustainability, the plight of farm workers, the plight of restaurant workers, minimum wage, tip credit and even marketing to kids have all been neatly rolled up under the banner of the food justice campaign.

In fact, last Oct. 16th was World Food Day, and organizers used the U.N.-sponsored event to draw attention to this agenda and the alleged injustices associated with our current system of cultivation, harvesting, processing and retailing of food. When an emotionally powerful word like "justice" is thrown into the mix, it can gel all of those seemingly independent issues into an ideal. It can transform a largely commercial process into a human rights issue.

The food community isn't the first to do this. For nearly 15 years, groups like the Restaurant Opportunities Center and their allies in the worker center community, such as Jobs with Justice and other community organizations, most notably significant sectors of the clergy, have effectively transformed the narrative on the wages and benefits of entry-level employees into one of social justice.

In doing so, they have moved the needle significantly in terms of the way the public, elected officials and even the business community view the issue. The winds of change that their activity has created are evidenced by notable national employers unilaterally raising their own wage and benefit scales. Alas, this is an example of the power of words at work.

The business community has, until recently, struggled to keep pace. Business owners, including restaurant operators, retailers and their business community allies, have countered with logical and well-reasoned arguments about the significant negative impacts that will occur as a result of these potential marketplace changes. They use terms like job growth and job loss, economic development and economic impact, profitability, and inflation among others. While largely accurate and based on sound economic principles, none of those words make an emotional connection with most audiences. In accordance with the thinking of the researchers referenced above, we shouldn’t be surprised by this.

How does your restaurant harness the power of words? Join the conversation in the comments below.

The restaurant industry has begun to lead in this space and has taken on the challenge of molding and moderating a new narrative. They are demonstrating that restaurant owners also have some very powerful words at their disposal that can elicit reaction from people on an emotional level; words like opportunity, upward mobility, success, gateways to the middle class, diversity and equal access.

These words will be critical to defining, or in some cases redefining, what the industry means to the country. If restaurant and retail owners are going to protect their businesses and brands, they need to help pull these issues together into a similar campaign around the ideal that an open door of opportunity for everyone regardless of background, ethnicity or gender is the best embodiment of justice by far. Above all, they must speak in a language that connects with consumers.