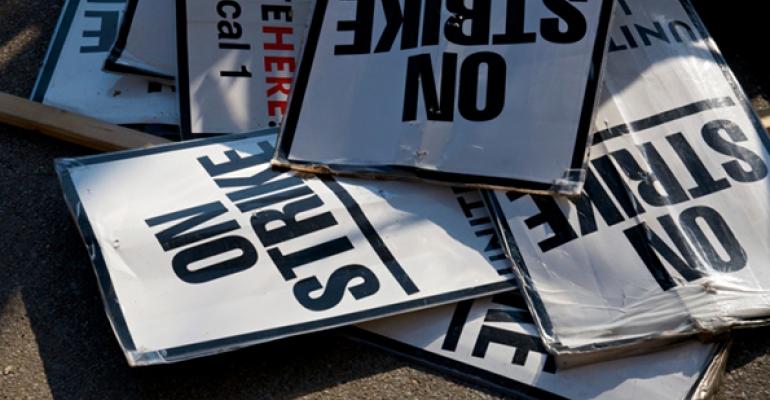 With all the protests by labor activists over the minimum wage and pay at retailers and restaurants this year, chances are you have become familiar with so-called worker centers. Unlike labor unions, these new models of labor activism don’t have regulations on length of picketing or filing spending reports.

The real question for employers (and the media) is, “What are these worker centers?” It is a sensible question. If worker center protesters — like the strikers at fast-food restaurants and Walmart stores — are store employees, employers have a problem on their hands. If they aren’t, the media have been had.

I’m here to tell you that they — and members of the unions funding the protests — have in fact been had. Research by the Center for Union Facts (managed by my firm, Berman and Co.) shows just how deeply national labor unions like the Service Employees International Union (SEIU) and United Food and Commercial Workers (UFCW) are involved in the worker center agitation.

Remember those fast-food strikes? The SEIU thought them up, paid for them, and hopes to gain from them. All told, SEIU’s Department of Labor filings show that the union spent over $15 million in 2013 on various worker center front groups, political consultants and worker organizing committees to run sporadic protests against chain restaurant operators.

At the center of the SEIU campaign is a political consulting group, Berlin Rosen. The company is the go-to shop for labor unions and left-wing politicians in greater New York, including New York City Mayor Bill de Blasio’s campaign. In 2013, Berlin Rosen got over $4 million from labor unions, including over $800,000 from SEIU — largely to help stage-manage the fast-food strikes.

Most of the rest of the $15 million flows to so-called worker organizing committees. These groups are registered as labor unions with the U.S. Department of Labor, but they have one major difference with labor unions: They have no members. Indeed, many of them look like pass-through entities that just pass cash from SEIU headquarters through to worker centers that stage protests under Berlin Rosen’s direction.

Take as an example the Fast Food Workers Committee (FFWC) from New York City. SEIU paid $1.8 million to FFWC, of which $1.6 million was passed through to local agitation group New York Communities for Change.

The effect of this stage management is noticed by the national media. They are the real target of these episodic protests. An Associated Press report at a recent fast-food protest in New York City noted, “It wasn’t clear how many participants were fast-food workers, rather than campaign organizers, supporters or members of [Berlin Rosen].” And then the protest was over, Berlin Rosen got paid, and everybody went home.

The model behind the periodic demonstrations at retailers like Walmart is extremely similar — big union (the UFCW) pays Berlin Rosen to stage-manage demonstrations that disappear until the next episode. There isn’t a national movement to unionize fast-food restaurants anywhere outside of big labor, and the offices of big labor’s best friends in politics. There’s no need to agree to union organizing demands of card check or neutrality — those protesters will go away as soon as the cameras disappear.

How have fast-food strikes impacted your business? Join the conversation in the comments below.