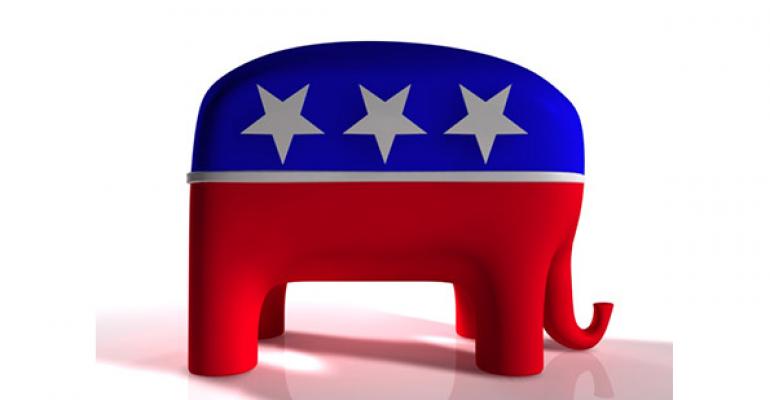 The old axiom, “be careful what you wish for,” comes to mind when I think about what happened in the U.S. Senate during the mid-term election this past November. Republicans clearly notched an epic victory and won far more seats than they needed to take over the majority. With firm control of both chambers of Congress, the GOP essentially has equal footing with the President to set the political and legislative agenda for the next two years.

But with politics, nothing is ever really absolute. Victories that might seem to be a harbinger of long-term change are often quickly exposed as electoral over-corrections and sputter after only a few months. The media would have you believe that Nancy Pelosi’s speakership was going to last for a generation, but she and her party were tossed aside after only four years.

Similarly, defeats are rarely absolute either, and are often lined with opportunities for redemption. Two years is an eternity in politics and a poorly informed yet increasingly fickle electorate makes long-term assumptions on anything political almost ridiculous.

There is no question that the business community in general and the entry-level employment sector in particular are both better off with Republicans in control of Congress. And with the polarization and divisiveness of Washington increasing by the day, that dichotomy becomes ever more apparent.

I do think that the Republicans would be even better off had there been a few moderate Democrats left for them to deal with, forcing them to soften their approach and work to appeal to a more centrist, mainstream audience. With no real “moderates” left, and a presidential primary looming, I fear that the more shrill voices of the far right will pull the new majority in a direction away from an agenda that fosters economic growth and job creation and toward their social agenda and their visceral discomfort with the demographic direction of the country.

When it comes to the Senate, the business community has had a curious relationship with moderate, even conservative Democrats. For years, we spent a lot of time and political capital cultivating relationships with the Blue Dog Coalition of Democrats and other groups, and we were steadfast supporters of many of them. It appears now that the rationale for that support was merely short-term expediency and the fact that their reelections were so inevitable that we might as well just get on board.

Alas, our true intent has been exposed by the last few election cycles where we strategically leveraged our political resources and grassroots capabilities to essentially dispose of any Democrat that was remotely conservative, moderate or demonstrated any empathy for the plight of employers. Names like Nelson, Landrieu, Lincoln, Pryor, Begich, Baucus and Johnson, to name a few, have either been defeated outright or essentially forced to retire knowing that reelection was out of reach. All of these were folks whom the business community supported in previous campaigns and then essentially ran out of office. In the end, who changed more: Them or us?

Legislatively, it might not make that much difference. The new majority is just that — a majority — but not a working majority. Democrats still have more than enough votes in the Senate to gum up the works. The Administration has more than demonstrated its willingness to use the full extent of its executive powers to force its agenda at the agency level, and they have also successfully demonstrated their willingness to take their pro-labor agenda to the cities and counties where the business community is poorly organized.

Politically, however, it may make more of a difference. With the absence of a sensible center, Republicans will find it extraordinarily difficult to contain their rhetoric on a variety of fronts, which will make it more challenging for them to win the White House in 2016.

How do you think the midterm election results will impact restaurants? Join the conversation in the comments below.

Since the election, we are already hearing the familiar chorus of camera-ready sabre rattling — lawsuits against the president, hearings, impeachment, government shutdowns, etc. — the same ridiculous rhetoric that kills Republicans politically among the general electorate and takes their eyes off of the economic ball. All of this actually works well for Democrats. I believe that if forced to choose between controlling Congress or controlling the White House, Democrats would choose the latter every time. Who wouldn’t? It seems Republicans can’t stop inadvertently helping them along that path.

Senate Democrats have played a subtle role in protecting Republicans from themselves and keeping them from going off the political cliff. Now the business community in its infinite wisdom has removed any such obstacle and allowed our friends unfettered access to the abyss. Be careful what you wish for indeed.