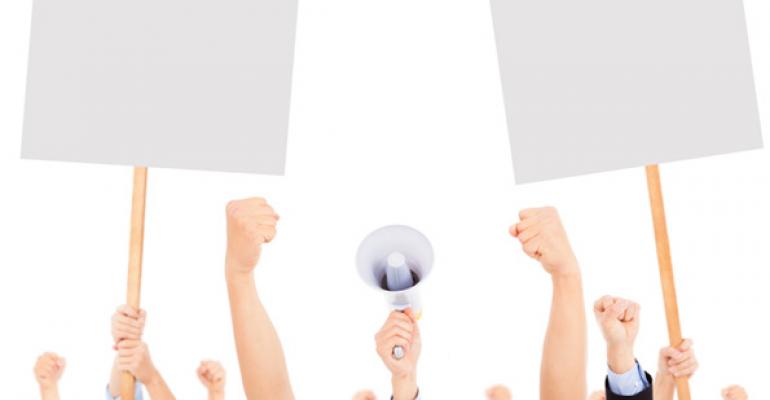 Combat activists with their own game plan and get involved

Recently, the federal Dietary Guidelines Advisory Committee affirmed the findings of the U.S. Food and Drug Administration and the Environmental Protection Agency that it is beneficial for pregnant women to eat servings of fish. The committee rejected the claims of activists like the Mercury Policy Project and Environmental Working Group (EWG), which had argued for years that fish was uniquely dangerous.

While you may be surprised, I’m not. A nonprofit managed by my company was attacked for pointing out that the potential risks from consuming very small amounts of contaminants in fish were vastly outweighed by the proven benefits to brain development and heart health from the nutrients in seafood. The evidence is now in: We were right; the activists were wrong.

Fish consumption isn’t the only issue that has seen radical pressure from groups who demand action now — before conclusive evidence is in — and that espouse scientifically unsound policies that hurt the public. Genetically improved foods (GIFs), or unfortunately so-called “genetically modified organisms,” offer numerous benefits over organic farming. Yet, green activists demand they be stigmatized by the government and ultimately banned.

Many of the same groups that scaremongered about fish consumption, most notably EWG, also lead the assault on GIFs. There is a massive irony in their taking a stand against these foods: The same scientific bodies that they cite as authoritative on human-caused climate change oppose their stance on GIFs. This leads EWG and other organizations to deny the existence of a scientific consensus on GIFs, even though it is announced by the same bodies that are used to justify the consensus on climate change.

It’s a blunt truth: It doesn’t matter whether your facts are strong if nobody hears them. It doesn’t matter even if your opponents have absolutely no credibility. When it comes to certain FDA-approved food ingredients, many restaurant operators have chosen to appease activists like the hysterical “Food Babe” rather than stand for their long-term interest; namely, keeping these people out of the decision-making circle.

The Food Babe has no scientific credentials — indeed she has been denounced by some scientists. But because she has a blog, major chains have deferred to her activism. By the industry’s capitulation, Food Babe gains credibility.

I have consistently warned that the business community needs to get tough on these activists and fight back in our own defense. We also need to it early rather than yielding to activists who never, ever go away. Making your lives hell is their job — they don’t get paid unless they’re constantly finding something new to go after.

This warning doesn’t just apply to the food you serve. It applies to the people who serve it. We have seen that offering even token resistance can drive down support for minimum wage hikes. Campaigns in South Dakota and New Jersey that outlined the costs in job losses to raising the minimum wage led to measurable declines in support for ballot measures. But winning takes more than a token effort or late engagement: Public policy formation is a year-round activity.

It is a truth that continues to escape most of the business community. The activists understand the long game and the evolution of public policy. More of our industry leadership needs to adopt the same game plans. When we do, it works.