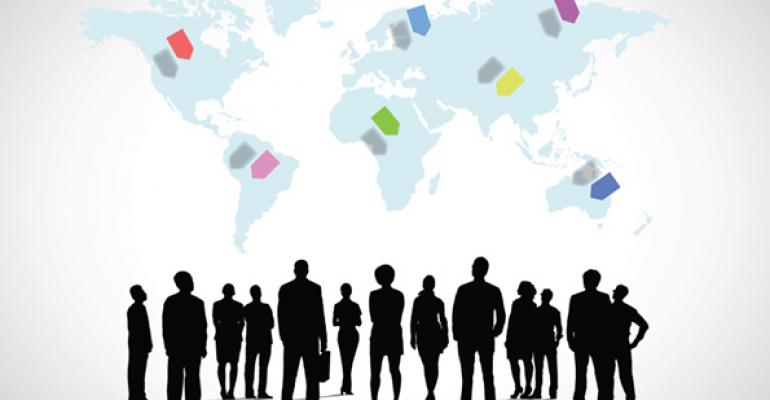 Nancy, we’ve known each other for quite a while, but you probably don’t know that I have a simmering rage inside me.

It stems from the fact that I come from an unloved and dispossessed group of people — a minority whose input isn’t valued, whose contributions to society are ignored, who don’t even have a proper name.

I belong to Generation X.

You’ve probably heard about us in passing as demographers, trend watchers and the like switch from talking about the hardworking, nose-to-the-grindstone Baby Boomers who built modern society (and the casual-dining segment), and then go on to discus the Boomers’ socially engaged, tech-savvy, ever-curious children, the Millennials (who eat at socially conscious fast-casual restaurants).

In between those two topics and those two generations, they might say something about us like, “And there’s Generation X, but there aren’t very many of them.”

Seriously, when I ask trend experts about Generation X, they change the subject.

Growing up, we were the stupid generation. Our older Boomer cousins usually weren’t so rude as to call us that. Instead, they called us slackers and pointed out deficiencies in our education, such as claims that we couldn’t find the United States on a map of the world (the Boomers’ fault: They were our teachers).

The Boomers criticized our music, too, apparently under the impression that nothing worth listening to was written after Jimi Hendrix died.
Our name and reputation solidified as the oldest of us were graduating from college.

The novel “Generation X: Tales for an Accelerated Culture” by Douglas Coupland, published in 1991, told of young people adrift, rather cynical and at a loss as to what to do with their lives in the crazy world into which they were emerging as confused almost-adults.

That book also popularized the term “McJob” as a low-paying, dead-end form of employment, illustrated ably in the 1994 movie “Clerks.” Those same morose themes, plus artistic ennui and fear of AIDS, were explored in the 1994 movie “Reality Bites,” whose name underscores my generation’s perceived bleak attitude.

Actually, it was all a myth. I was so perplexed by the description of my generation as a bunch of cynical idiots that, several years after graduating from college, I went back to the career center of my alma mater and interviewed its director. She said that when we graduated we were no more lazy, shiftless or troubled than any other group of 22-year-olds. Roughly the same percentage of us found jobs a year or so out of college, and the same percentage went to the same types of graduate schools — law, business, medical, academic — as our predecessors.

We went on to become productive members of society. We entered the work force, engineered the first dot-com boom in the 1990s — sure it went bust and brought on the third Millennium’s first recession in 2001, but that’s what booms do. We generally behaved as those before us, just a bit more diverse, a bit more tech-savvy, a bit less brand-loyal and a bit more appreciative of spicy foods, just as you’d expect of the harbingers of the Millennials.

As for music, we are the generation of new wave (you know — or maybe you don’t, since you’re a Baby Boomer — the Police, the Talking Heads, that sort of thing), hip-hop and grunge. Our music is still widely played in restaurants across the country, appreciated by the youngsters, while The Beatles and The Rolling Stones have been reclassified as oldies.

Sure, some of them have good jobs, but some estimates say that 40 percent of all unemployed people are Millennials.

We in Generation X, meanwhile, aged around 35 to 50, are well along in our careers, with relatively steady incomes, expense accounts and the wherewithal to put our money where our tastes in restaurants are.

A few restaurateurs have noticed that. Mark Mednansky, chief executive of Del Frisco’s Restaurant Group Inc., told me he was targeting Gen X when discussing the company’s new polished-casual Del Frisco’s Grille concept back in 2011.

Also in 2011, James Brennan told me the same thing of his San Diego-based Enlightened Hospitality Group, which operates successful fabric-themed polished-casual concepts such as Searsucker and Burlap.

Both of those groups have found success in targeting my people, and the polished-casual segment in general continues to thrive. Do you think other restaurant operators might be missing out by ignoring us, or is the opportunity cost of forgoing Millennials to garner our attention too great?

I’ll confess that I was caught off guard by this one, Bret, and I struggled with how to respond to you. My first impulse was to tease you about your epic rant and suggest that you just chill out. My second was to take umbrage at your unkind misapprehension that I’m ignorant of the Talking Heads and their ilk, and to challenge you to a trivia contest on New Wave/alt/underground/punk and other Gen X musical genres, followed by a few stimulating rounds of truth or dare. But upon reflection, I think that your cri de coeur is legitimate, and I agree that Gen X is often unfairly overlooked and underappreciated.

While I don’t want to justify it, this marginalization was perhaps inevitable, since you had the bad luck to be sandwiched between two huge generational cohorts whose impact extends far beyond their numbers, though their numbers alone are pretty staggering.

The Baby Boomers coincided with and contributed to the Age of America, which ushered in a long era of the dominance of U.S. culture and an unprecedented run of economic prosperity dominated by the American dollar.

The Millennials are digital natives present at the dawn of the Technology Revolution that will quite literally change the world by changing the means and speed with which we access information, share knowledge and communicate with one another.

Through no fault of its own, Gen X can’t boast these kinds of seismic shifts. They just don’t happen all that often.

I think you’re being a little unfair, though, regarding the criticism leveled at your peers about their slackerdom. It seems to me that every emerging generation has to suffer through hand wringing and head shaking by the existing order. In the 1960s, lots of adults asserted that Baby Boomers’ intelligence and earning potential was in inverse proportion to the length of their hair — which at the time was roughly shoulder length for both genders.

Millennials are now subjected to the same sort of what-will-become-of-them prognosticating that generates endless books and supports legions of so-called experts, who make lots of money predicting that they’ll be lazy and disloyal. It’s really déjà vu all over again, and I suspect it was ever thus. Millennials will be both different from and the same as their generational forbears, and we’ll all be better for it.

On the state of Gen X, or “your people,” and their impact on the restaurant industry, I think we can safely assume two things. First, they are and will remain highly coveted customers as they move through their peak earning years. They will control increasing amounts of disposable personal income — the key indicator of restaurant expenditures — and they’ll be the core support of the industry as Boomer traffic declines with age and Millennials seek to establish themselves.

Gen X wants two things: a family-friendly environment when they’re out with the children, and a grown-up experience when they’re not. I don’t think restaurant operators are ignoring either of these opportunities. You point out the growth of polished casual concepts that cater to them, and you’ve also reported on creative kids’ menus.

Gen X is also impacting the industry through innovation. Entrepreneurs in the 35-50-year-old age group include Steve Ells, founder of Chipotle and arguably the most influential chain operator in the business today, and Sam Fox, who has been building a multiconcept empire in Phoenix by smartly tapping into the zeitgeist. In California, Mario del Pero is shaking up the sandwich category by mixing fine-dining ingredients with popular prices at his wonderful Mendocino Farms Sandwich Market, while Paul Frederick and Justin Nedelman, managing partners and co-founders of Eureka!, are redefining casual dining with a savvy combination of well-crafted food, drink and ambiance.

Further up the food chain, Gen X chefs like Grant Achatz of Alinea in Chicago and René Redzepi of Noma in Copenhagen are forcing us to rethink everything, from what we eat to how it’s prepared and how it’s presented. Gen X may not have the numbers, but that doesn’t mean they don’t have outsized impact.

I propose you shake off the blues. You Xers are well and truly accounted for in our industry. Maybe you should crack open a frosty bottle of Zima and watch “Bill & Ted’s Excellent Adventure.” And, Bret, I really do think you need to chill out a little.

Nancy Kruse, president of the Kruse Company, is a menu trends analyst based in Atlanta and a regular contributor to Nation’s Restaurant News.
E-mail her at [email protected].