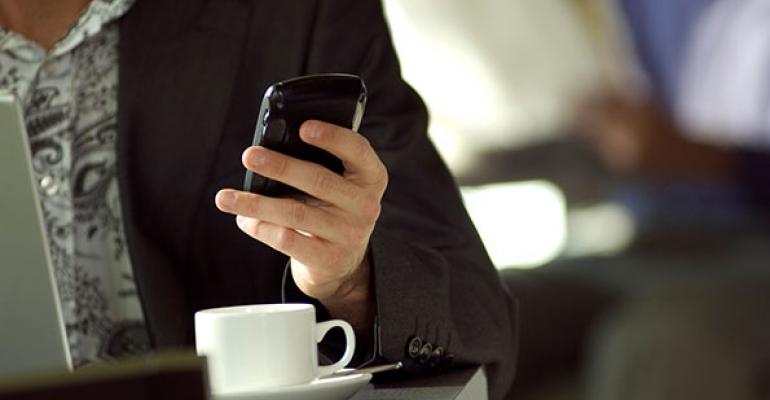 Are smartphones ruining the restaurant experience?

There is no doubt that smartphones have transformed the world we live in. The images of Yuppies in the 1980s with their brick sized phones are a distant memory, and the amount of technology we now carry about on a daily basis can’t always be counted on one hand.

For the restaurant industry, there are clear advantages, particular with mobile technology. Whether it is through real time engagement with customers through social media; creating offers that target users that are in the immediate vicinity of their establishment using geolocation; customers booking table through any number of apps; speeding up the payment process with mobile payment, or simply having diners talking about their restaurant to their friends and followers, mobile technology has and continues to revolutionize the restaurant industry.

However, the increased use of mobile devices isn’t all good news for restaurants. Research from the University of Essex in the UK evaluated the extent to which simply the presence of cell phones can affect relationship quality. It found evidence they can have negative effects on closeness, connection, and conversation quality – things many people look for when visiting a restaurant. This research was confirmed by a team from Virginia Tech University in a follow-up study conducted in real-world situations.

How does this rise in smartphone usage impact the restaurant trade?

Earlier this year, a busy New York restaurant claimed that cell phones were to blame for a dramatic increase in the amount of time diners spend over a meal. By installing cameras, it tracked the amount of time diners spent from arrival to departure and found that in 2004 it took 1 hour and 5 minutes. By 2014 - between taking selfies, telling the waiters about issues connecting to WiFi, taking photos of their food once it’s delivered to them and bumping into other customers and waiters while texting and walking – the time spent had grown to 1 hour and 55 minutes.

These problems are not unique to this restaurant, and restaurants around the world are starting to take steps to overcome problems stemming from smartphone usage. Numerous restaurants, including The Ivy, Gordon Ramsay at 68 Royal Hospital Road and the Savoy Grill have introduced a “no-mobiles” policy to ensure irritating ringtones do not interrupt diners. Bans have also now been imposed on the use of smartphones with both Turner's restaurant in Birmingham, UK and Bucato, a restaurant in the Los Angeles area.

In Israel, Lebanon and Los Angeles, there are restaurants offering discounts to patrons who hand over their cell phones upon arrival. And earlier this year, a restaurant in northern France put symbols on its menu, discouraging people from photographing their meals.

How is your restaurant adapting to consumer trends towards smartphones? Join the conversation in the comments below.

Smartphones are clearly a contentious issue and there are pros and cons to diners’ use of them. In order for the industry to continue to flourish, there needs to be a balance struck so that the operational and the promotional sides of the restaurant are both efficient and profitable.

There is no doubt that cell phones have transformed the way we live and do business. I think, however, next time Mrs. Coffer and I are out for dinner, I’ll leave mine in my jacket pocket.