/sites/all/themes/penton_subtheme_nrn/images/logos/footer.png
Recent
Recent
Zaxby’s names new development, digital-technology chiefs
May 24, 2022
NRN editors discuss single-seat cars, lessons learned during the pandemic, industry resiliency during Day 3 of the National Restaurant Association Show
May 24, 2022
Sustainability takes the spotlight at the 2022 restaurant show
May 24, 2022
Eight interesting foods at the National Restaurant Show that were not plant-based protein
May 24, 2022
T2D Concepts develops revolutionary franchise model in Roots Chicken Shak
May 24, 2022
Featured
Tech Tracker: Toast launches POS solution for quick-service restaurants
May 17, 2022
Meet 4 emerging NYC concepts
May 16, 2022
Memphis Seoul brings Korean BBQ and Southern cooking to Brooklyn
May 11, 2022
Executives on the move: 13 restaurant leaders with new positions in April
May 03, 2022
Kids dining
brought to you by 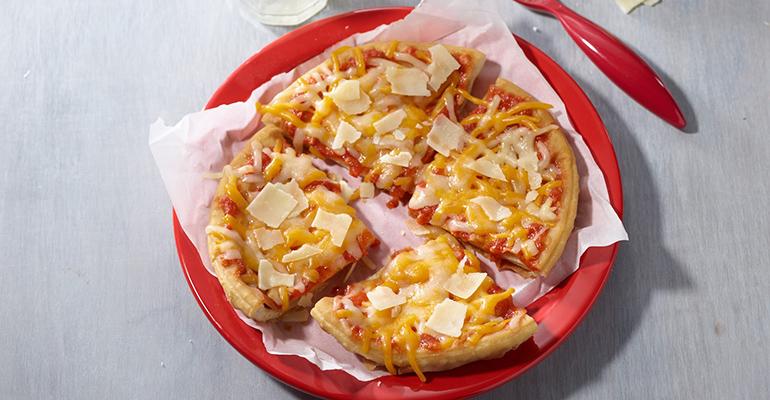 While family-dining restaurant chain Friendly’s has always leaned into the reputation of its iconic kids’ menu offerings like their classic Monster Mash sundae (with mint ice cream and peanut butter cup ears), the chicken fingers and ice cream chain is trying something new with a revamped kids’ program, which launched nationwide earlier this winter. Much like other family dining restaurants, the chain is trying to figure out the best formula for appealing to today’s families and kids while still staying true to their brand.

The result — which was tested by a panel of children in July and launched in January — includes revamped seasonal activity books, redesigned servingware and new menu items like fried dough pizza and double-stacked cheeseburger sliders.

“We did a lot of work on revamping our lunch and dinner menu for adults last year and this was just the next logical step,” Friendly’s COO Dennis Pfaff said. “We learned [that] kids are much more knowledgeable about food than ever before.”

The changes come on the heels of a tough time for Friendly’s. The chain’s parent company, FIC Restaurants Inc., owned by Sun Capital Partners, closed 23 locations in five states in April 2019, dwindling the chain’s portfolio of stores down from 505 to 174 units over the last decade.

The closures were part of a plan to refocus and “reinvigorate” the struggling restaurant brand, a strategy that included a kids’ program overhaul.

The first step for the team was to bring in a focus group of 8-12-year-olds to try 10 new meal concepts and four new dessert ideas. The results were somewhat surprising:

“We asked kids to try a variety of different meal experiences and when we asked, ‘how would you like to have dessert first?’ they surprised us by saying, ‘no our parents would not like that,’” Gillian Begin, brand and research manager at Friendly’s said. “We also thought fish and chips would be too mature, but they really liked it, so that went on the menu.”

While the little kids’ menu (for the four-to-eight year-old set) has largely stayed the same with chicken tenders and grilled cheese, most of the changes were made to the big kids’ menu. New items include the surprise hit fish ‘n chips, fried dough pizza, and two double sliders stacked with two mini double cheeseburgers, along with larger versions of their classic mac & cheese and mini mozzarella sticks.

New breakfast items include a platter of silver dollar pancakes and breakfast sliders (mini bacon, egg, and cheese sandwiches), while the new desserts include a build-your-own sundae and Friendly’s version of a dirt cup, topped with cookie crumbles, gummy worms, and Friend-Z ice cream.

But the food isn’t the only aspect of the kids’ experience that got a makeover. Friendly’s also introduced new servingware: whimsical spiralized red cups that look like springs, for holding chicken tenders and ice cream sundaes. 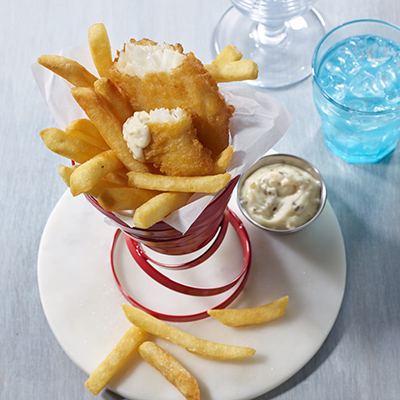 The third prong of the kids’ menu revamp plan was the entertainment offerings. Instead of just giving kids the same activity book and four crayons, Friendly’s is switching it up with an activity folder that “looks a lot the folder they might get in school,” Dennis Pfaff said. Inside, they'll find seasonal activities, like this month, kids were given a Valentine’s Day card to design and fill out.

“We’re also working on partnering with local schools to give away copies of activities that kids can use in school,” Pfaff said.

The one direction they decided to avoid? Connecting kids with their devices at the dinner table.

“Our program is very grassroots and is kind of the opposite digital interaction,” Begin said. “Eight to ten-year-olds these days might want cell phones or have videogames, but at the same time, if you put a coloring sheet in front of them, they will do it.”