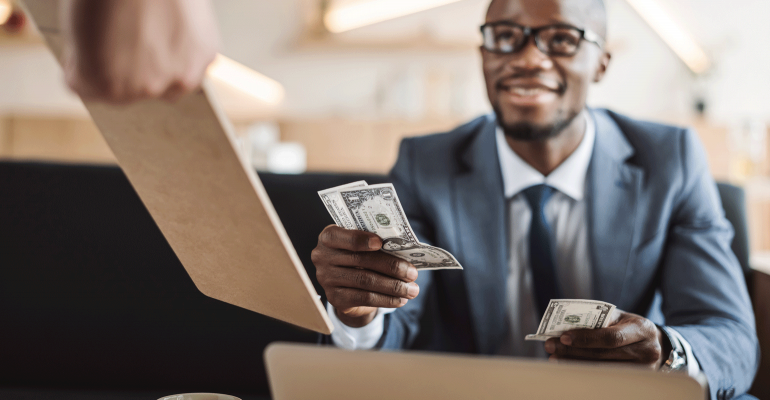 Good, bad or a litigation nightmare waiting to happen?

Buried deep within the 2,000-plus pages of the Consolidated Appropriations Act signed into law earlier this year are three pages of legislative language that amend the federal Fair Labor Standards Act, or FLSA, of 1938 to prohibit employers — including managers and supervisors — from “keeping” tips received by employees for any purpose.

What is most unusual, however, is that the new prohibition is not linked to the employer’s taking of a tip credit against its minimum wage obligations. It is this latter part that is so very significant in terms of expanding the reach of the FLSA.

How did we get here?

In 2011, the Department of Labor under the Obama administration announced FLSA regulations extending protections to tip income, even when no tip credit was being claimed by the employer and the wages being paid were in full compliance with federal minimum wage and overtime requirements.

The courts, however, were openly hostile to the 2011 regulation and on numerous occasions held that it was not supported by the statutory language of the FLSA and was therefore unenforceable.

Fast forward to 2017, when the Labor Department under the Trump administration attempted to rescind the 2011 regulation that had been held invalid by a number of courts. Unfortunately, as has become the norm these days, the 2017 regulatory proceeding became highly politicized, which opened the door for a Congressional resolution that was buried in the recent government spending bill.

Until now, the FLSA secured an employee’s right to receive the proscribed minimum wage and overtime, but it has now been amended and its protections have been extended to cover all tip income regardless of whether the employer relies upon any portion of the tip income in meeting its minimum wage requirements — in other words, regardless of whether the employer applies a tip credit.

Make no mistake, this is new territory for the FLSA, and it will undoubtedly create years and years of collective action litigation as the plaintiffs’ bar attempts to challenge tip-pooling and tip-sharing programs using the Tip Income Protection Act of 2018.

In an apparent effort to clarify the new statutory language and possibly avoid or at least decrease the likelihood of litigation, the Labor Department issued a field bulletin on April 6 saying it expects to proceed with rulemaking in the near future to issue regulations on the FLSA amendments.

In the meantime, the Labor Department’s enforcement policy on defining who is a “manager or supervisor” for purposes of the 2018 amendments will be based on the job duties criteria for “executive” employees under the white-collar exemptions of the FLSA. That means employees whose primary duty is management, who customarily and regularly direct the work of two or more other employees, or who have the authority to hire or fire other employees or make suggestions on such that are given particular weight.

Interestingly, the bulletin did not limit the definition of a “manager or supervisor” to an employee paid on a salary basis, as is required to be exempt, so it appears that hourly paid non-exempt supervisors and managers are included in those prohibited from “keeping” any portion of the tip income.

The operative statutory language states, “An employer may not keep tips received by its employees for any purpose, including allowing managers or supervisors to keep any portion of employees’ tips, regardless of whether or not the employer takes a tip credit.”

In related language, the FLSA was amended to create a remedy to allow employees to seek recovery of all tips kept by the employer, recovery of any tip credit claimed, and recovery of an equal amount of both in the form of liquidated damages.

While they were at it, the legislators could not resist amending the civil money penalty provisions of the FLSA to allow the Labor Department to assess civil money penalties of up to $1,100 per violation of the new tip protection language.

This too is new territory for the FLSA, as the Labor Department previously needed to prove the employer’s violations of the minimum wage or overtime provisions were either “repeat or willful” in order to go after civil money penalties.

Interestingly, the bulletin also said the Labor Department will follow its normal procedures in assessing civil money penalties, including determining whether the violation is repeated or willful.  Whether this is intended to mean that civil money penalties cannot and will not be assessed unless they are determined to be repeated or willful is not clear, nor is it clear whether this enforcement position will be codified into formal regulations that cannot be easily changed from one administration to the next.

The impact on tip pooling

The concern that the Tip Income Protection Act of 2018 will usher in a whole new wave of FLSA collective actions is based on the vague and ambiguous statutory prohibition language which begs the question: what is meant by the terms “may not keep tips received by its employees for any purposes?”

For decades, restaurant employers have operated various forms of tip pooling and tip sharing arrangements where servers have been required to share a portion of the tip income with other customarily tipped employees, such as bussers, food runners and service bartenders.

As with most litigation issues, there will be two distinct sides as to how the new statutory language should be interpreted by the courts, and only time will tell as to which side will prevail.

For what it is worth, the Labor Department appears to be trying to clarify this issue. In the April 6 bulletin a footnote said administering a permissible tip pool does not constitute unlawful retention of tips.

Much needs to be done in the upcoming rulemaking proceeding promised by the Labor Department to bring clarity to this issue if years of litigation are to be avoided. Jim Coleman is the co-chair of the Wage and Hour Compliance and Litigation practice group at Constangy Brooks, Smith & Prophete. He is based in the firm’s Washington, D.C. office. This article does not necessarily reflect the opinions of the editors or management of Nation’s Restaurant News and Restaurant Hospitality.