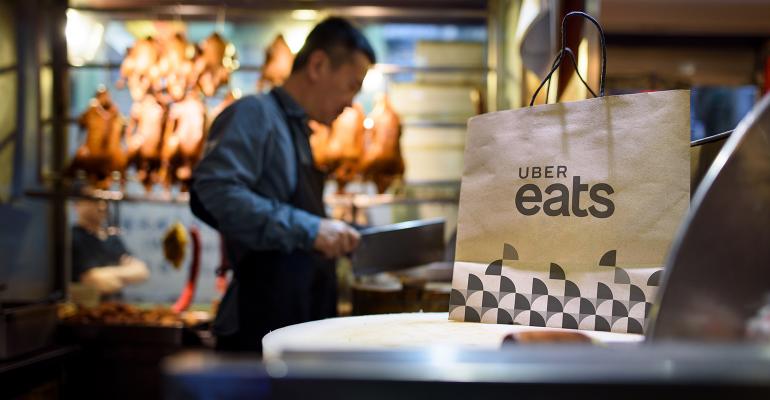 Ando, which launched as a digital-only smartphone app-based restaurant in May 2016, has also closed the brick-and-mortar Union Square location that it opened last fall.

“We will no longer be serving customers in New York — online or via our Union Square location — as we will be immediately starting to integrate with UberEats,” Ando posted on its website Monday.

Today @AndoFood is joining the @UberEats family. Friday was our last service in NYC. Big thanks to our customers and friends for all their support. https://t.co/gWtEfIKiqZ

UberEats is the on-demand food-delivery app division of San Francisco, Calif.-based Uber Technologies Inc., the ride-sharing service. The company had not returned messages by press time.

Chang created Ando in May 2016 to offer a limited menu of chef-created dishes in parts of Manhattan. The company had worked with Uber for some of its deliveries.

“We’ve worked with Uber to power our delivery from the start, and we’re excited our team and technology will play a role in their vision of building the world’s leading food delivery service going forward,” the company said in its website closure announcement.

Chang was an investor in the earlier meal-delivery service called Maple, which launched in April 2015. That delivery service shut down in May of last year, and some Maple employees were to join London-based Deliveroo, which had similar delivery operations in 12 counties.

Uber, known for its app-based on-demand ride service, has been pushing further into the food-delivery business.

In December, the company said UberEats had passed 46,100 available restaurants, more than doubling the number since October 2016. The service was offered in 71 cities and 24 countries.