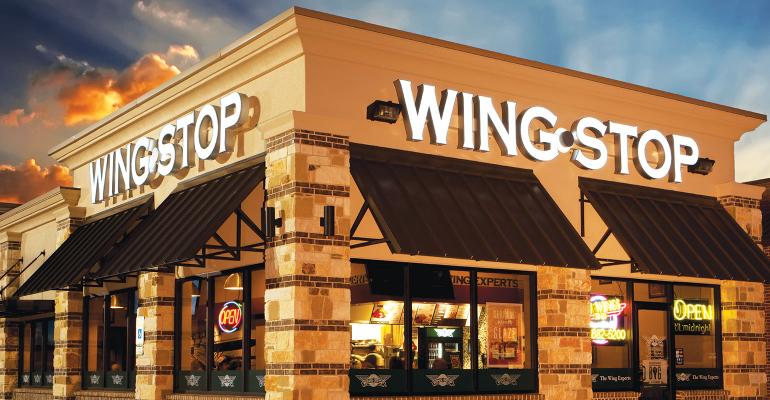 A 10-unit “split-menu pricing” menu in Las Vegas, where Wingstop has been testing delivery since April, is being rolled out to the entire system, said Charlie Morrison, CEO of the Dallas-based quick-service brand, in an second-quarter earnings call.

Wingstop’s split-menu test allowed it to price the boneless wings lower than the bone-in wings, Morrison said. “We created a favorable gap between bone-in and boneless,” he said.

As the split menu rolls into the system, pricing will be determined market by market, he said.

Andy Barish, an equity analyst with Jefferies LLC, said in a note Friday at the split menu allows the company “to experiment with higher prices on bone-in if inflation continues.”

Morrison said the split-menu strategy allows the company to still offer value to the guest with two levels of pricing.

The Las Vegas pilot of the split-menu pricing yielded positive results, he said.

“We experienced a favorable mix shift of customers to the boneless product,” Morrison said, adding that it helped the company keep food costs in line. The split menu did not impact heavily on the check averages, Morrison said.

“Currently, our mix is 33 percent boneless and 67 percent bone-in,” Morrison said. “Mix shift is important in the current inflationary environment.” The split-menu rollout is expected to be in the entire Wingstop system by the end of the year, he added.

No price relief is indicated in bone-in wings for the rest of the year, he said.

Morrison said the Las Vegas delivery test, which involves five company-owned stores and five franchise units, will be expanded to a larger market later this year to evaluate the role it will serve in the Wingstop business.

“Prior to the test, Las Vegas had same-store sales trends that were generally in line the rest of the system,” Morrison said. “Tests produced a 10 percentage point increase in same-store sales growth, which was very encouraging.”

That was primarily driven by an increase in transactions, he said, with no evidence of cannibalization. Check averages were $1 higher than the average digital check, he said.

As of July 1, Wingstop had 1,056 restaurants systemwide, with 967 in the United States. The company has 89 franchised restaurants in six other nations.