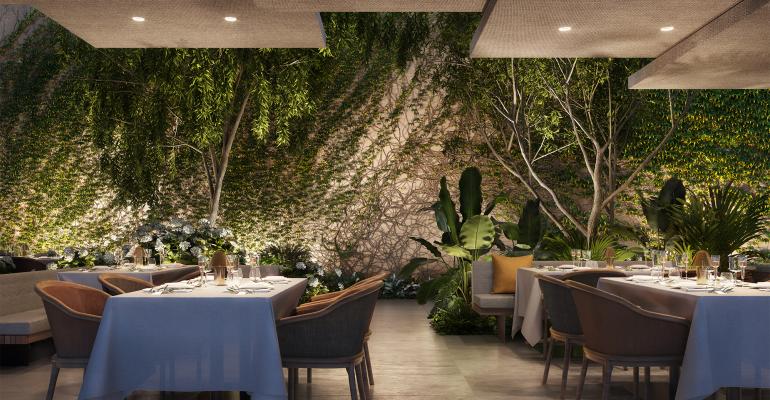 That was very unusual for the highly rated seafood concept, operated by Daniel Boulud’s Dinex Group. The reviews gave no commentary — just the one star. Fitzgerald was immediately suspicious the reviews were not from legitimate diners, and his fears were soon confirmed.

Related: Everyone’s a critic: Operators adapt to surge in online reviews by patrons

A day or two later, the restaurant received an email from a Bernardo Souza demanding a $75 Google Play gift card, or the bad review postings would continue

Fitzgerald said he knew it was a scam, and he didn’t respond to the email. By then it had become clear that restaurants across the country had been targeted, impacting concepts from Nightbird in San Francisco to Sochi Saigonese Kitchen in Chicago.

Travis Lenig, owner and chef of the five-year-old concept Field & Tides in Houston, said his restaurant was also among those hit by the attempted extortion. In his case, the restaurant received 20 or 30 one-star reviews, without comment, before the threatening email arrived.

Initially, Lenig said Google was not helpful. “This was clearly a total scam, and I was, like, ‘whatever’ and I disregarded it,” he said. “But then I noticed business had declined a bit.

“I started flagging them, and Google would respond and say none of these violate our policy, so the review will stand. And I didn’t know what to do,” said Lenig. “And it wasn’t just us, it was several in the Houston area.”

Lenig called in his publicist, who launched a social media campaign to let diners know what was happening. And when the media picked up the story, both nationally and locally, Google finally appeared to recognize the bad reviews were not legit — though the reviews were only removed on Thursday, he said.

Fitzgerald at Le Pavillon called in Merchant Centric for help, a tech service that manages customer engagement and monitors online reputation. Dinex Group had already been working with the company to keep a close eye on the restaurants’ feedback.

“They were able to help us contact Google and get in touch with reps, and ultimate get the reviews removed,” he said.

Those no-comment one-star reviews are still trickling in, Fitzgerald noted, but now Google appears to be removing them almost immediately, perhaps in part because of the media coverage.

“I think it’s great that the media is bringing attention to it, so other guests and consumers are aware,” he said.

“Scamming in our business is rabid. There are all types of things people do to get free things,” he said.

Having one platform to house all the review sites is helpful, she said. And restaurants should understand which review sites allow them to turn off public reviews until a crisis is over.

If you suspect a scam, Shelton said, “Stay calm and rational. Do not allow yourself to become defensive or combative. Use your anxious, panicked energy to take action for good in flagging the negative reviews for removal and/or writing thoughtful responses to de-escalate the situation and extinguish it from going viral and impacting your sales.”

In San Francisco, the Golden Gate Restaurant Association also said it was working with Google, urging the tech company to set up a mechanism to review and remove clearly fraudulent reviews. The association recommended the restaurants continue to monitor and flag reviews that appear illegitimate, using their Google business page.

The GGRA also added this advice:

UPDATE: This article has been updated with new information.