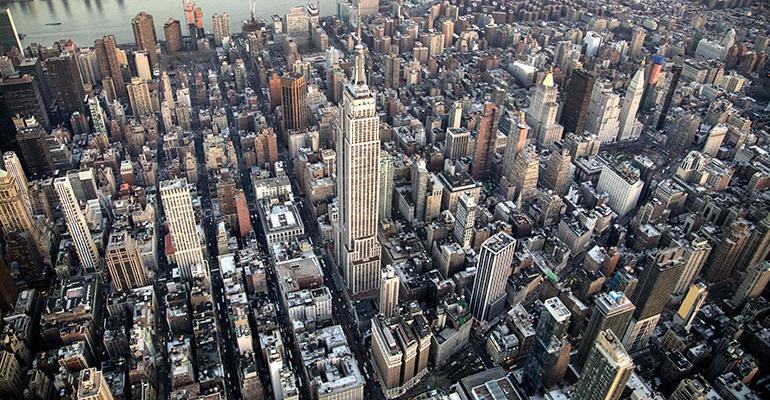 Restaurants start to see a recovery in urban markets

Urban markets have long been an important lifeline for restaurants because they generate a consistent traffic flow, particularly during the critical lunch and dinner dayparts. Further, they tend to complement other urban businesses, creating a compelling destination for economic activity.

Of course, that activity went away in 2020 and then stalled again in 2021 with the delta and omicron variants. But now a comeback seems to be underway, and restaurants with a strong urban presence are experiencing some momentum accordingly. Consider Shake Shack, for instance, which calls New York City its hometown. The city’s office occupancy rates increased by more than 10% in September – the highest point since the pandemic began – and that trend has played a major role in the chain’s continued recovery.

Related: Why restaurant operators are bullish on catering

“We saw strong momentum coming out of Labor Day, as mobility and back-to-office trends broadly improved. It’s clear that our hometown in New York and other urban centers, things are improving with more people moving about … We remain cautiously optimistic on urban trends long-term as new patterns emerge, but it’s good to see the momentum in the right direction,” CEO Randy Garutti said during the company’s Q3 earnings call last week.

CFO Katie Fogerty added that same-store sales in urban restaurants experienced double-digit growth, while traffic was up by nearly 7%, with positive trends in New York, Chicago and Washington, DC. Placer.ai data shows office foot traffic is returning to markets like Denver and Washington, DC, while Kastle Systems data shows that office usage in 10 major metro markets hovered around 50% in the first week following Labor Day. The mobility trend is extending north of the border, where Tim Hortons experienced a Q3 tailwind from a return to Canadian urban centers, with those sales down just 5% versus 2019 versus negative 40% last year.

Portillo’s is also experiencing an urban revival, including in its hometown of Chicago. During the chain’s Q3 earnings call last week, CFO Michelle Hook said a year-over-year lap from the omicron variant, as well as the return of office catering have driven momentum in these markets. Office catering has also provided a lift for Potbelly Sandwich Shop, while its central business district market recovery helped contribute to two sequential record-breaking quarters for average unit volumes, according to CEO Bob Wright.

“There’s no question the (central business district) business continues to recover for us. We’re still not back to pre-pandemic traffic levels in the CBD markets, but we’re pleased with their contribution to growth and we believe they continue to be an overall contributor to the health of the business,” Wright said during the company’s earnings call last week.

Recovery of any kind is good news for the industry, but it’s worth noting that urban markets do come with their challenges. Specifically, real estate and labor costs are much more expensive than suburban formats. That said, urban markets may have an upper hand with the persistent labor challenges that plague the industry. Garutti laid this balance out during his company’s Q3 call.

“Part of the challenge and the gift of the Shake Shack brand and real estate decisions that we’ve made is we generally tend to be in more higher income areas. We generally have a higher income guest. That actually makes it harder to staff in many of the decisions we’ve made, especially in suburban,” Garutti said. “So that is different than some of our traditional urban environments.”

“While the brand’s development outside of New York City and major urban areas has brought lower new unit returns, greater sales volatility and a weakening margin profile, we believe margins have bottomed out and are set to inflect higher over the next 12-18 months,” he wrote.

To balance each market’s unique challenges, Shake Shack and several other brands, from Chipotle to Sweetgreen, are prioritizing a mix of locations. With hybrid employment models expected to stick around, despite increased mobility, this strategy is likely to become more ubiquitous.

“We’re going to adjust as new trends emerge daily,” Garutti said. “Some urban environments are very hard. Some are much easier, so it’s an interesting mix that causes pressure. That’s why we’re building out these different formats to continue to learn.”