Bojangles’ Inc. debuted a new restaurant design in January, in Greenville, S.C., that gives the chain’s signature buttermilk biscuits their own theater.

Firebirds International LLC has debuted a new prototype for the Firebirds Wood Fired Grill chain with the opening in November of its second restaurant in Florida, the company’s head of marketing said.

Barnes & Noble Inc. is continuing to expand its full-service restaurant prototype, opening the fourth unit in November, in Plano, Texas.

Cheddar’s Scratch Kitchen has culminated its “scratch cooking” positioning with the opening in February of a new prototype in Lake Worth, Texas.

Ruggles Green to rebrand as Bellagreen

Ruggles Green, the five-unit, Houston-based fast-casual chain, is rebranding as Bellagreen, the company said in August. The rebranding debuted in early October, with the opening of a new prototype restaurant in Houston’s Vintage Marketplace, the company said. The five existing locations will be rebranded by year’s end.

Romacorp Inc. is reconceptualizing its Tony Roma’s restaurants by modernizing the menu and design, and returning the chain to its roots as a rib specialist.

Del Frisco’s said it plans to use the Double Eagle Steakhouse as its main growth vehicle, using a new, smaller, prototype based on an Atlanta location opened in 2017.

This year, the 32-unit fast-casual chain Just Salad broadened its menu and began rolling out a new prototype design and online ordering.

Bruxie gets ready to grow
Bruxie

The fast-casual Bruxie waffle sandwich chain is preparing for growth with a new prototype design and a new positioning as the home of the original fried chicken and waffle sandwich. 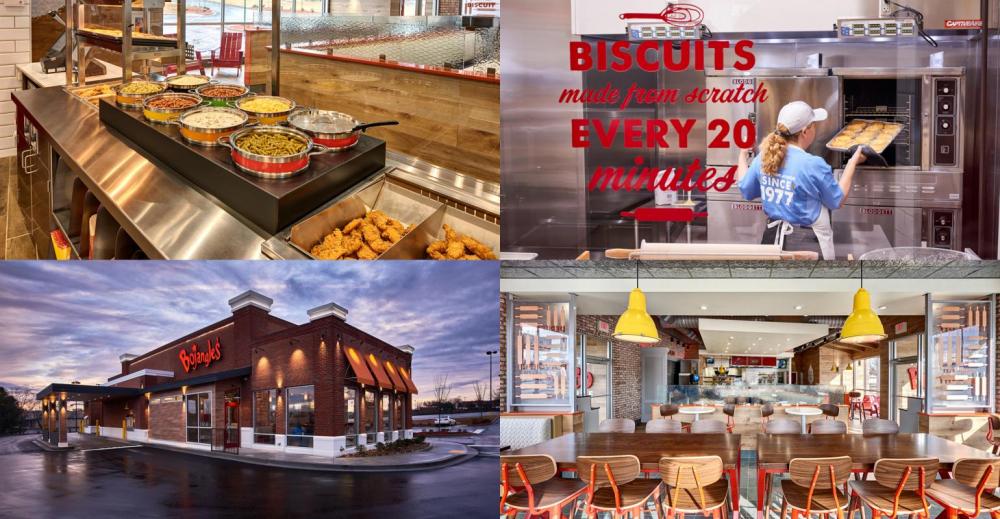