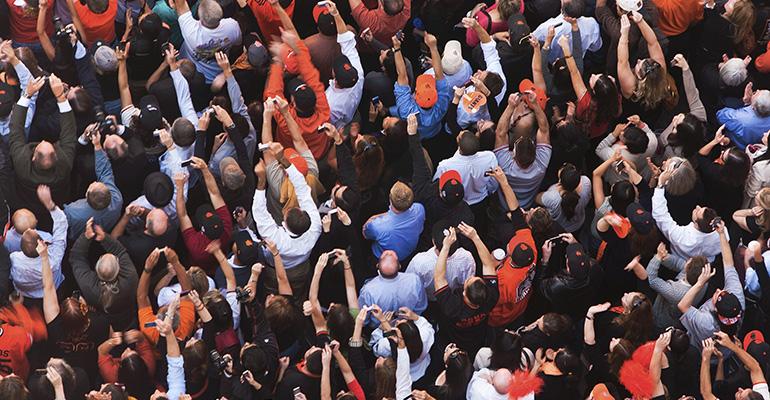 Getty Images
Events have been cancelled across the country including the NOA meeting of McDonald's franchisees.
Operations

Large gatherings and events are put on hold across the country

As coronavirus fears continue to ramp up, U.S. businesses are freezing travel and large conventions are being postponed or canceled across the country, leaving restaurants to manage the fallout of lost bookings and dampened sales.

From the Academy of Osseointegration’s planned dental convention in Seattle this month to the Zendesk’s Relate global user conference that was supposed to be last week in Miami, events and meetings scheduled from March through as late as May have been put on hold, and in most cases so have the parties, dinners, room service and bar sessions that are typically part of those gatherings.

“A crazy week comes to a close and we’re learning about a multitude of major conferences being postponed across the country-with massive economic ripple effects. If you’re no longer traveling somewhere out of town, please do all you can to support your favorite local restaurants.”

The Centers for Disease Control and Prevention on Monday reported 423 cases of COVID-19 in the U.S. in 35 states and the District of Columbia, with 19 deaths. Washington state and California have been hardest hit so far, with 136 and 110 confirmed cases respectively.

The loss of big-spending business travelers and conventioneers can be a huge hit for restaurant operators in tourism-fueled areas in particular. In some cities like San Francisco, officials are warning against large gatherings to prevent spread of the virus.

San Francisco Mayor London Breed in February declared a state of emergency tied to coronavirus, and restaurants and hotels are reporting a decline in business as a result. City officials are advising residents to practice “social distancing” — avoiding large gatherings — for two weeks initially.

Neighborhood restaurants are also hurting, as many of the city’s big tech companies encourage employees to work remotely.

Thomas, who owns neighborhood restaurants, Rose’s Café and Terzo, said her bookings dropped by 50% after city officials declared the emergency. Then bookings started to track back up.

Last week, Thursday and Friday were “normal nights” at her restaurants, but Saturday was down by about 15% and Sunday down 20%, following news over the weekend of more reported cases of coronavirus in San Francisco. As of March 7, there were eight confirmed cases in the city.

For restaurant operators there, Thomas is advising safe practices:

“I have told employees to cut out the hugging and handshaking, and we’re wiping down all surfaces continually and washing hands,” she said. “If anyone has any indication they are not feeling well, just stay home.”

San Francisco was the first major city to adopt a citywide paid sick leave policy, she noted, so workers there do not have to choose between showing up for work sick and getting a paycheck. But restaurant operators are likely to be forced to cut back on labor if sales continue to decline, she said.

“What’s so hard is the uncertainty. What do you do, right?” she said. “One of the things you do as a business owner is you become conservative. I have already cut back on wine orders…. Don’t make purchases you don’t have to make right now.”

This year, however, travel and related spending is expected to take a hit. After the mayor called for social distancing, seven events at San Francisco’s Moscone Center were canceled, including an IBM conference in May that would have filled almost 60,000 hotel room nights. The seven events represent about $137,921 in direct spending, according to SF Travel.

The city’s Chamber of Commerce is working on a plan to petition the city government for an economic stimulus package. Thomas said she has offered input, and hopes to see relief from permits and fees, at least.

In Southern California last week, the Natural Products Expo West was among the first foodservice-related conferences to postpone or cancel an event due to concerns over coronavirus. The Anaheim, Calif. conference, brings about 86,000 industry professionals into the city. The event is produced by New Hope Network, which is owned by Informa, parent to Restaurant Hospitality and Nation’s Restaurant News.

Restaurant owners like Bruno Serato of the Anaheim White House are feeling the loss.

When Expo West in Anaheim got postponed, Serato received 900 canceled reservations. His Italian steakhouse, a popular dining destination for convention-goers, sports fans and Disneyland tourists, lost about $100,000 in revenue. He fears more losses are inevitable as he just learned Monday that a nurses’ conference, AORN, scheduled for the end of the month, has also been canceled.

Joe Manzella, owner of a string of upscale-casual dining restaurants in Orange County, including The Catch in Anaheim, said he has lost $200,000 in sales from that convention cancellation alone, and he expects more events to be put on hold.

“It’s heartbreaking and devastating,” he said in an email. “That restaurant was sold out five straight nights, and that convention has become the most lucrative to The Catch in the past few years.”

In Austin, Texas, the 10-day tech-focused South by Southwest conference scheduled for this week was canceled, leaving restaurants and bars with enormous quantities of food and supplies, according to Eater Austin.  The event was expected to draw some 200,000 attendees to the city.

Some restaurants are offering specials on food already prepared for the event. A Facebook page has been created to buy, sell or swap product, with posts like “Does anyone have a need for an unopened 25# pail of pickled ginger or a case of Ciliegine mozzarella balls?” and “Does anyone have any grapes, strawberries, pineapples and bananas they need to unload?”

Restaurant companies are also among those cancelling plans, including an upcoming meeting in Orlando, Fla. by the National Owners Association, an advocacy group made up of McDonald’s franchisees. On Sunday, group leader Blake Casper told the organization’s more than 1,000 franchisees that it is best for operators to stick close to their restaurants.

NOA’s announcement makes sense as McDonald's Corp. announced late last week that its World Wide Convention in Orlando will be turned into a virtual meeting.

“Bringing people together has always been what we do very well at McDonald’s,” Casper wrote Sunday. “It’s part of our culture and part of being America’s favorite restaurant. Unfortunately bringing people together from all over the globe and the U.S. is not safe right now. With so much unknown about Coronavirus, we are better off staying close to home. Staying close to our restaurants.”

Last week, restaurant mogul Tilman Fertitta, CEO of Dallas-based, 600-unit restaurant corporation, Landry’s Inc. told CNBC that his restaurants were losing an average of about $1 million per day due to the coronavirus scare, particularly in units located in urban and popular tourist areas and cities where conferences have been canceled or postponed.

Meanwhile, some operators are trying to make the best of a bad situation.

Sagan said she’s looking into offering delivery for the first time. And the chain has added a new piroshky: an “immune-supportive” version with ginger, chickpeas, curry, zucchini and cayenne.