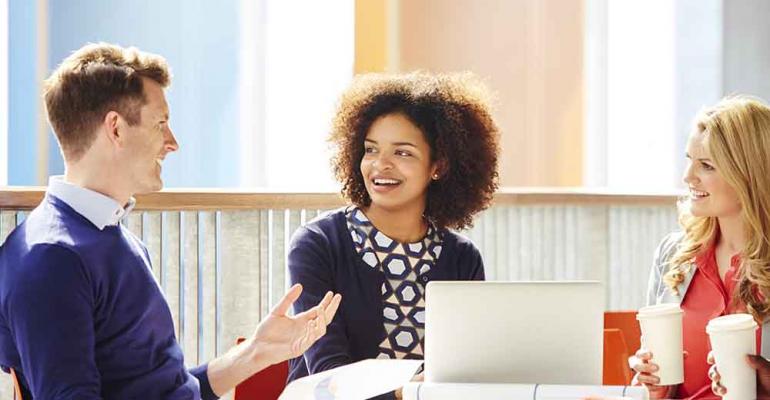 The Recipe of Success: Struggling to connect with your team? This is probably why.

There are many challenges to running a restaurant of any kind, in any segment. And most of these challenges have been around since the beginning of time — food costs, labor and rent being the most critical in the eyes of many (rightfully so). But take a moment to step back and objectively think about one area that impacts all of these challenges: effective communication. Communication with our teams, owners and supervisors, vendors, partners, guests, community. Everyone. This one element will directly impact the success of the downfall of a restaurant.

Early on in my career, I worked with a manager who was frustrated about not being promoted to a general manager. He was tremendous at delivering on the financial side of the business, but he couldn’t train anyone and help get them promoted to the next level (which was a big requirement for him to get promoted). He “taught” his team to follow directions and be robotic in the execution of their tasks and responsibilities. That’s how he was able to deliver on the financial side. Labor percentage and waste were always where they needed to be.

His team went to battle every day with him, never complained but often were disappointed. They wanted more from him; they wanted to be heard. Many knew that the company was losing revenue because they were instructed to pre-close to the detriment of the guests. All too often they were “forced” to tell a guest that the grill was turned off or the fryer was being cleaned. The manager was so focused on keeping labor in line, he lost sight of growing the business and, in turn, his team’s ability to grow.

Companies that fail to communicate well with their employees often suffer the same fate. Clearly explaining what they expect and, really, what they will allow determines their fate. As “the great resignation” is happening, we hear how employees are resigning because of how they are being treated, including not being heard. Steven Covey, who wrote “The 7 Habits of Highly Effective People,” said it best: “Seek First to Understand, Then to Be Understood.” In the restaurant business, we are often so intent on barking orders, telling people what to do, that we often don’t see what is really going on with our teams.

Supervisors who sit in their ivory towers instead of getting into the trenches with their teams miss the small tweaks that could yield greater gains. Those who use the phrase “that’s the way we’ve always done it” are creating a recipe for failure. Do you recall the story of the Christmas ham and why it was always cut in half? No? Oversimplified, the ham was cut in half so that it could fit in grandma’s roasting pan, done the same way 60 years later. The point is, if we don’t explore why something is being done, it will never be changed or improved upon. It is so easy to remain status quo, but striving for more leads to greater success. Listening and working alongside those who work in the field is where true growth happens.

The same is true when communicating to our guests in person, through marketing materials or in a restaurant. Take a moment to objectively look at your company’s marketing and branding as if you were a guest. What does it say to you? Is it consistent and does it clearly express, in the company voice, what is intended? Is the company’s marketing proactive or reactive? Are the messages from a company viewpoint or that of the person executing the message? Those voices need to be unified; they need to be as one. Your patrons want to understand your company and what it offers. They don’t want to ask; they don’t want to question. Your website, social media and brand should be unified and easily communicate your brand promise. Any contradiction to that leads to distrust or disinterest. Lost trust in any relationship is difficult to get back.

Messaging needs to be well thought out before being communicated in any form. Remember that question I asked before about marketing? Reactive marketing leads to misrepresentation, misunderstandings and mistakes. When our backs are against the walls, we go into a defensive mode, a fight-or-flight place that prevents us from thinking logically. Taking our time before making a decision that is going to affect ROI needs to be front and center. At every level of an organization, marketing happens in some way, shape or form. A company perspective includes design, décor, layout, website, social media, print advertising, logo and branding approach. From a unit level, those items are our umbrella that we function under. The unit level has to take it a step further; we need to look at our music selection, our windows and doors being clean, uniform compliance, menu items executed flawlessly, staying positive under the most grueling strains or with the most difficult guest and with a smile on our face. The list can go on an on, but focus needs to remain on consistency and clarity.

Recently I was attending a manager meeting for a client, and the partners were discussing the addition of new items to the POS system. The items were supposed to be an in-store only purchase, but the CFO added them to the internal online ordering portal. Third party vendors did not have them added to their portals. The thought was that guests could order online but had to come into the restaurant to pick up. Looking at this from 35,000 feet, it may seem to some that that was a natural and rational approach. What the CFO didn’t take into account was the following:

Things done that make perfect sense on one level but not on another often leads to confusion and pain points for employees, guests or both. Competition is fierce; we are fighting for our very existence. No longer can we coast on what we did yesterday and have our missteps, our mistakes overlooked or accepted as a one-off.

Embrace your team’s ideas, have that pre-shift meeting, ask “what can we do better?” Ask your team to educate you, inform you what the guest is saying. Look to constantly improve and, as my mom used to always say to me, “Mark, put your listening ears on.”

Mark Moeller is founder and president of The Recipe of Success, a national restaurant consulting firm. For more information, visit recipeofsuccess.com.