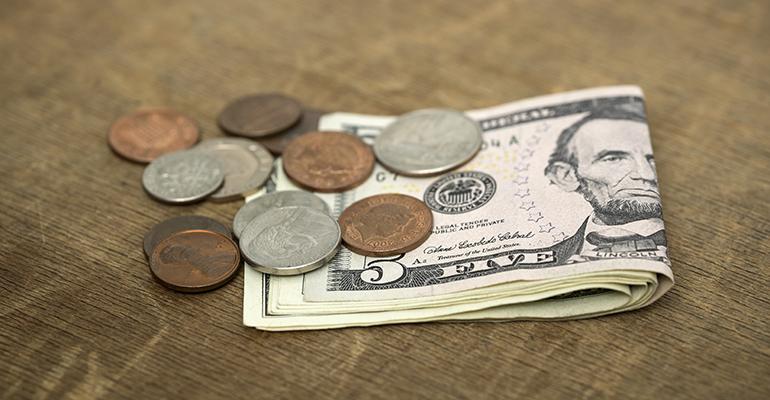 18 states and the District of Columbia challenge regulatory changes by the labor department, as public comment period wraps up

A proposed federal regulation that would eliminate the 80/20 tip credit rule is likely illegal, say the attorneys general from 18 Democratic states and the District of Columbia in a letter to U.S. Labor Secretary Eugene Scalia this week.

The letter — which was dated two days before the 60-day period for public commentary about the proposed rule ended on Dec. 11, after being extended — lays the groundwork for a potential lawsuit over changes to labor department regulations that have been long coming.

Last year, the U.S. Department of Labor began the process by rescinding guidance on the Obama-era “dual jobs” interpretation known as the 80/20 rule, which said tipped employees who spent more than 20% of working hours on non-tipped duties, like setting tables or rolling silverware, could not be paid the subminimum wage for that time.

The labor department’s proposed rule change, announced in October, was designed to make that official, codifying that guidance under the Fair Labor Standards Act, or FLSA. The proposed rule also would expand tip pooling to include certain back-of-the-house workers where employers do not use a tip credit.

But the letter from the attorneys general specifically opposes the elimination of the 80/20 rule, which they said would violate the Administrative Procedure Act and the “Congressional intent underlying the FLSA’s tip-credit provision,” along with significantly reducing the take-home pay for tipped workers.

“The proposed elimination of the 80/20 rule is inconsistent with the minimum wage protections afforded by the FLSA, and the department’s rationale lacks adequate justification for this complete reversal of the DOL’s long-standing interpretation that struck a balance between the rights of workers and flexibility for the regulated community, as Congress intended in enacting the tip-credit provision,” the attorneys general said in their letter to Scalia.

But not all legal experts agree that the proposed elimination of the 80/20 rule would be illegal.

“Nothing in the plain language of the [FLSA] statute supports a conclusion that determining whether an individual is a tipped employee is determined by the percentage of time that the employee spends performing related duties,” said labor attorney Ted Boehm, partner in Fisher Phillips’ Wage and Hour practice based out of Atlanta. “There was never statutory authority for this rule in the first place, as the Department of Labor now acknowledges.”

The National Restaurant Association this week expressed support for the amended rule, and also suggested that the labor department further clarify tip pooling limitations to instances where a tip pool includes at least one tipped employee, since non-traditionally tipped employees could ostensibly receive gratuity from a customer.

“At its core, the tip credit is about tips, not the duties of an occupation,” the Restaurant Law Center, which is the legal arm of the National Restaurant Association, said in its commentary submitted to the labor department. “That is why the department should take this opportunity to step back from trying to micromanage restaurant work at the level of task assignment and, instead, return its focus to what the Wage and Hour Division is designed to do: ensure that employees receive the wages that FLSA guarantees.”

The Department of Labor will consider all public comments before finalizing the rule, a department spokesperson said.