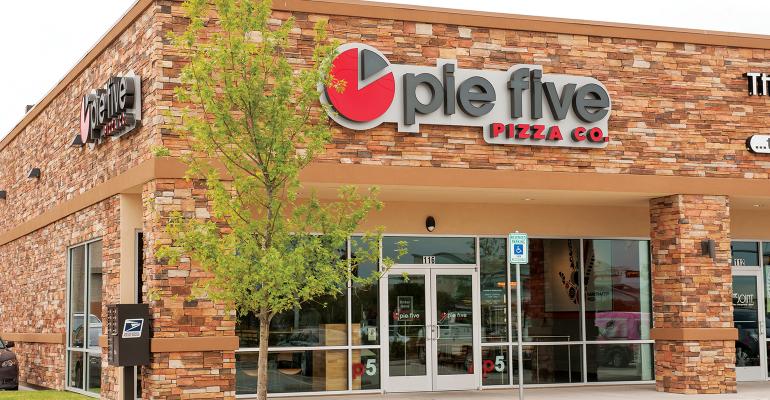 Franchisee sues over disclosures regarding sales and profits

Pie Five Pizza Co. has closed nine restaurants in Chicago and Minnesota amid a lawsuit from a franchisee who claims the company provided misleading information about the chain’s sales and profitability.

Seven of the closures are in Chicago and two are in Minnesota. The locations are company-owned units, and they represent about 10 percent of the brand’s 87 locations.

But the closures aren’t slowing Pie Five’s growth. A spokeswoman for the company said the chain plans to open 40 new locations this year.

“We made the very difficult but operationally necessary decision to focus development on our growing markets,” the spokeswoman said. “It was truly in the best interest of the brand, our franchisees, shareholders and other team members.”

Pie Five is facing the biggest sales challenge in its brief history. Same-store sales in the second quarter ended Dec. 25 fell 17.4 percent, and declined 19 percent on a two-year basis.

Meanwhile, a franchisee of seven locations in Indiana, Illinois and Iowa has sued the Dallas-based chain over disclosures regarding sales and profits.

Carl Dissette, who operates a pair of suburban Chicago locations, among others, claims that the company’s Pie Five locations are losing money, and that its parent, Rave Restaurant Group Inc., is in “financial distress.”

In the lawsuit, filed in December, in a federal court in Illinois, Dissette claimed that Pie Five misrepresented the financial performance of its restaurants in financial disclosure documents.

The lawsuit also claimed that the disclosures did not calculate royalties franchisees pay, nor did it reveal geographic differences in sales or the difficulty in generating sales in new markets.

In addition, the lawsuit said the company inflated sales at a location in suburban Chicago through the use of 3,000 unlimited buy-one, get-one coupons. It then sold that location to Dissette, who said he bought the unit based on stated sales.

The lawsuit said the promotions were done “to inflate net sales without regard to profitability, making this restaurant appear more attractive than it was.”

Dissette also claimed that Pie Five entered into a “commercially unreasonable vendor relationship” with Performance Food Group, collecting a 2.5-percent rebate on food PFG sells to franchisees. The lawsuit said PFG “does not provide below market pricing or even fair market pricing” to franchisees.

Pie Five would not comment on the lawsuit, but the company has moved to dismiss the case.

In its response, Pie Five disputed Dissette’s allegations, noting that many of the company’s documents contradict them. The company called Dissette “an experienced franchisee who knows the risks in operating a restaurant franchise.”

“Apparently unhappy with the results he has achieved, Dissette and his wholly-owned corporations … have filed suit against Pie Five Pizza Company,” the company stated in a response.