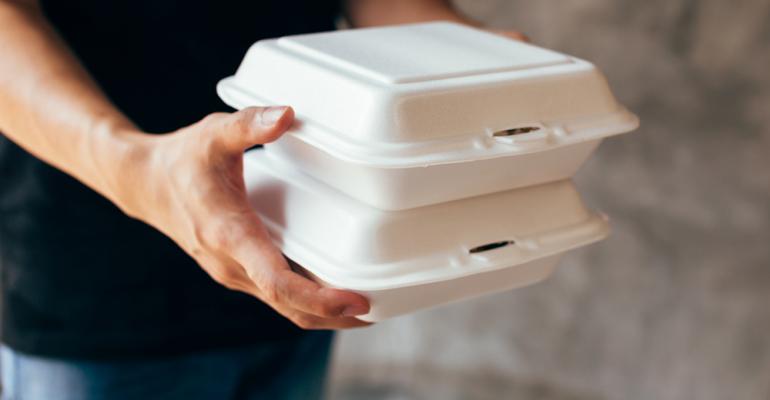 Similar legislation pending in 10 other states

Maine has become the first state to prohibit the sale and distribution of polystyrene foodservice containers, adding to the growing regulatory resistance to foam packaging.

The statewide polystyrene ban in Maine, which Gov. Janet Mills signed on April 30 and goes into effect Jan. 1, 2020, follows similar bans already adopted in 14 towns and cities across the state.

“Polystyrene cannot be recycled like a lot of other products, so while that cup of coffee may be finished, the Styrofoam cup it was in is not. In fact, it will be around for decades to come and eventually it will break down into particles, polluting our environment, hurting our wildlife, and even detrimentally impacting our economy,” said Mills in a statement. “This legislation will create consistency for businesses that operate in multiple municipalities, provide ample time to adjust to the change, promote sustainable Maine-made alternative containers, and take an important step forward in protecting our environment.”

State legislation prohibiting or limiting the use of polystyrene is pending in 10 other states, as well as the District of Columbia and Puerto Rico, according to the National Council of State Legislatures, or NCSL.

A bill approved in Maryland earlier this year, for example, has reportedly been sitting on Gov. Larry Hogan’s desk for months. He has given no indication of whether he will sign it.

In Virginia and Connecticut, attempts to ban polystyrene failed in recent legislative sessions, the NCSL indicated.

Smaller municipalities have been more proactive in limiting the use of polystyrene. Cities across California have long eliminated polystyrene, for example.

A ban went into effect on Jan. 1 in New York City this year which prohibits restaurants, stores or manufacturers from possessing, selling or offering for use single-service polystyrene containers or loose fill packaging. The city said it would give businesses a six-month grace period to comply before imposing fines. Small businesses with less than $500,000 in revenue per year were allowed to apply for hardship exemptions.

“New York City’s ban on Styrofoam is long overdue and New Yorkers are ready to start using recyclable alternatives,” said Mayor Bill de Blasio in a statement last year, when announcing the ban. “There’s no reason to continue allowing this environmentally unfriendly substance to flood our streets, landfills and waterways.”

Polystyrene is just one of the foodservice packaging materials targeted by regulators, who are increasingly restricting the use of single-use plastics, including straws, cutlery, stirrer sticks and cups.