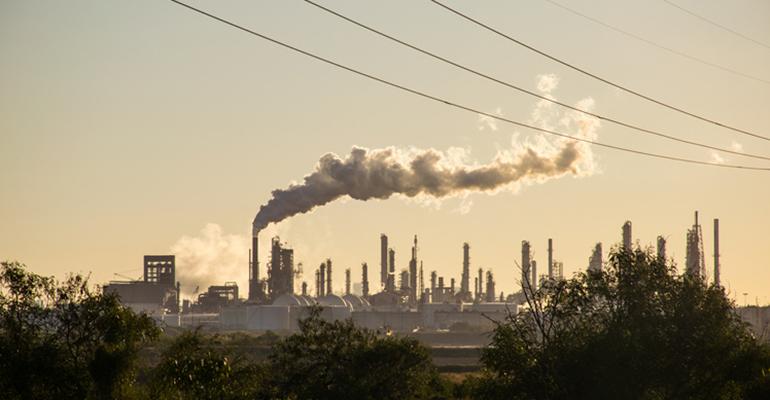 Getty Images
President Biden has been laser-focused on solving the pandemic and fixing the economy. But after those two items are adequately addressed he will move on to his next big agenda item: climate.
Operations

Looking past the current storm to the next: climate politics

As the industry and its leaders diligently work to survive the pandemic — which appears, now in its 15th month, to be making a defiant comeback — it is nearly impossible to ask operators and corporate leaders to look past the immediate storm raging on their doorstep.

Not only navigating the important immediate health-and-safety implications of the pandemic to employees and customers alike, but simultaneously reacting to fundamental and permanent change to the core business model is more than most leaders have ever had to face in their careers.

Every CEO in this industry has more than earned their paycheck over the last year and very likely the next. But as the inimitable former Congressman Charlie Wilson, played by Tom Hanks in the eponymous movie, “Charlie Wilson’s War” says, “that little ball, it keeps on bouncin’.”

In this case that little ball is the ever-evolving portfolio of issues (and opportunities) that the industry, and the country, face.  And the one set of issues that is most likely to make a short-term art form out of executive scoffing and eye-rolling — and yet may have more long-term fundamental impact on industry behavior — is the impending storm of climate politics.

Clearly, for the last year, the Biden team, either as candidate Biden or as President Biden, has been laser-focused on two things: solving the pandemic and fixing the economy. But after those two items are adequately addressed (hopefully), he will move on to his next big agenda item. You guessed it, climate. The Biden administration is deadly serious about climate.

In fact, in spite of the pandemic and the subsequent bottom dropping out of the economy, a disproportionately large percentage of early Biden administration appointees and hirings were, and continue to be, in the climate space.  And the administration is already engaging in “conversations” with key industries and corporate leaders regarding the direction he feels the country — and by association their enterprises — need to head. We have already seen in the last few weeks alone, the Securities and Exchange Commission begin the process of investigating corporate records on diversity and climate.

Not the Labor Department. Not OSHA. Not the EEOC. Not the EPA. The SEC. (Insert your own expletive here).

In conjunction with that, major investment firms — like the biggest one of all, BlackRock — have been pressuring the SEC to pursue national corporate and industry standards on carbon and greenhouse gas reduction, renewable energy, transportation and infrastructure and other sustainability issues.

For a growing segment of the investor community, bringing some semblance of a national plan together is the best way to make smarter future investments and most importantly, manage risk. It’s the big money guys partnering with the government to bring some predictability to the space.

That alone should get everyone’s attention. When significant sectors of the investor community, including private equity and pension funds, tie future investment in companies — your company — to their record on climate, leaders will be inclined to respond.

For publicly traded companies, this will be a new frontier in unimaginable ways and the exposure is real. And as the playing field shifts, all other companies, despite their ownership structures, will be sucked into the vacuum. And, ironically, at the end of the day, it will be driven, in large part, by the investment community.

Nothing changes business behavior like other businesses. The competition for innovation, market share, customer loyalty and attracting and retaining the best employees is a business-to-business battle royale. The government is merely a bystander.

That is also often very true in the public policy space. Bernie Sanders and Chuck Schumer have been unsuccessfully trying to raise the national minimum wage for two decades, yet the national minimum wage conversation has been shaped more profoundly by the unilateral actions of employers like Walmart, Amazon, Target and now Darden. It was the businesses themselves that reshaped the landscape.

So while the here and now of the pandemic is on the industry doorstep, understandably absorbing the full attention of industry leaders, the next set of dominoes — climate — is pulling into the driveway.

Probably sometime this summer, when Mother Nature offers us a tasty menu of record heat, record drought, record wildfires and record hurricanes, Joe Biden will be ringing our doorbell.

Joe Kefauver is managing partner of Align Public Strategies, a full-service public affairs and creative firm that helps corporate brands, governments and nonprofits navigate the outside world and inform their internal decision making.

This article does not necessarily reflect the opinions of editors or management.