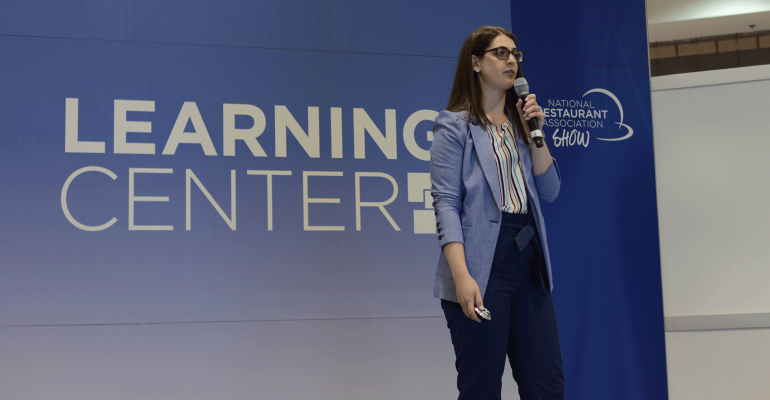 Lines continue to blur between restaurants and grocers

This is part of special coverage of the 2018 NRA Show, being held in Chicago, May 19-22. Click here for complete show coverage.

A grocery store isn’t just a place to shop for packaged foods and produce anymore. And customers, particularly young ones, like it that way and want to see more foodservice at retail, according to Amanda Topper, associate director of foodservice research at market research firm Mintel.

“In the past, you'd kind of seen this divide between a grocery store and a restaurant,” Topper said during a session titled “The Power of Foodservice at Retail” during the 2018 NRA Show. “The grocery store is where you go to buy food when you're going to prepare a meal at home. The restaurant is where you go purchase food or eat food away from home.”

Topper cited a few prominent examples of this blurring of the lines, like the oyster bars at Mariano’s locations in Chicago, the wine bars at Ralphs, and Kitchen 1883 at Kroger, which won a MenuMasters Award from Nation’s Restaurant News this year for menu innovation.

But foodservice at retail could mean something a bit simpler, too. Chicken, either fried or rotisserie, has been a staple at grocery stores for years and is the most popular prepared food item followed closely by sandwiches and coffee.

The customers gravitating toward these restaurant and prepared food options at grocery stores tend to be young, male, and high earners, she said.

“And they tend to be parents,” she added. “They might be shopping for the week and looking for a quick, easy meal for their family.”

If retailers want to focus on the mainly Millennial group interested in these restaurant concepts, don’t make the restaurant an afterthought.

“We know that shoppers really want an experience when they go out,” Topper said, and groceries are evolving to be more of a social scene.

But these cafe and restaurant concepts in supermarkets likely won’t drive consumers to the retailer on their own, said Topper. Where consumers shop for groceries is still primarily based on convenience.

“And it's probably not likely that these in-store restaurants are going to replace traditional restaurants any time soon, either,” she said. “Thirty-eight percent of people say that going to a restaurant is just more fun for them."