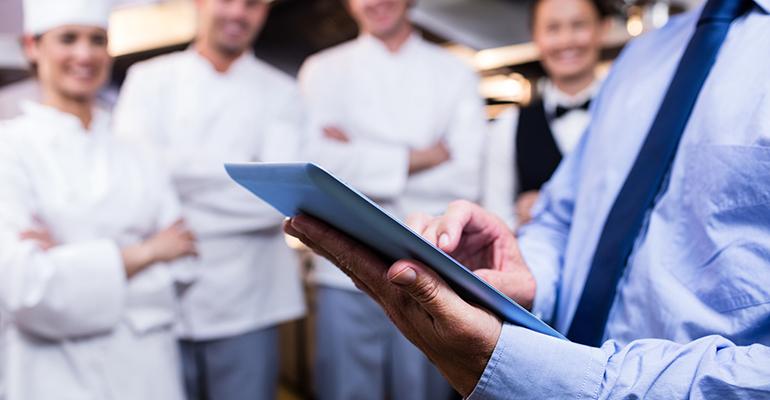 Wavebreakmedia / iStock / Getty Images Plus
So what sets the companies that are thriving apart?
Operations

Leadership Boost: What successful leaders do to thrive through disruption

These five capabilities are necessary for disruptive leadership.

It has been said that change is constant. But really, it’s disruption that’s constant, while change is optional. Change takes courage and the capability to implement it.

With disruption accelerating at a rapid pace, leaders are facing challenges that were once handled as one-offs but now are everyday occurrences. Restaurants that operated seven days a week are going dark on Mondays because they cannot find employees and they do not want to tax the ones they have. Speaking with the logistics manager of a billion-dollar food processor, one quickly learns the struggle to find truck drivers and therefore enough trucks to deliver products to restaurants’ back doors and retailers’ shelves.

I’ve found that there are five key areas their leaders have honed and have the courage to change. These leaders are focused on their A-game, specifically their Ambiguity, Agility, Adaptability, Alliances, and Accountability. Disruptive leadership requires a leader to possess these capabilities and act on them.

Ambiguity means a lack of clarity. It is dealing with situations without clear direction, having limited information and being uncertain of the outcome. As a friend likes to call it, living and managing in the grey.

During a job interview, candidates were given a very basic job description for a position at a well established company that had big plans for growth. When the candidates asked what exactly their responsibilities and KPIs would be, the interviewer shared in great detail the company’s purpose, vision and goal. The interviewer then said, “You need to evaluate the business, create a strategy and implement it. Consider this role to be part of a start-up within our company, so you will be defining it as you go.” The interviewer observed the candidates’ reactions, and only those that were excited by the ambiguity — the “ambiguity absorbers” — made it to the final round.

A leader that embraces ambiguity can see a clear picture, takes a realistic and positive attitude approach and can help their team see a clear picture too. This capability helps eliminate anxiety and uncertainty for those involved in the execution and not the high-level decision making. It is important for the leader to consistently communicate, especially when there is a need to reprioritize, in order to avoid ambiguity anxiety.

Agility is a leader’s ability to think, understand and move quickly and easily. In other words, leaders who do not suffer from analysis paralysis. These leaders are actively curious, take calculated risks and are not afraid to move forward with a decision when they have less than 100% certainty of the outcome.

Agility is needed when you want to be the disruptor or when disruption is causing you to act.  Not too long ago, a burger chain wanted to leverage new flavor trends and introduce a new burger build that had not been seen before on the market. Alongside its suppliers, the chain developed a great build that, through testing, showed consumers really liked it and intended to buy. The best part was that it only required one new ingredient. But the company leader at the time asked for more testing and waffled on when the best time to launch the LTO would be. This leader wanted complete certainty before launching. You can probably guess what happened. A rival chain became the disruptor, beat them to market and launched a similar build with much success.

By embracing ambiguity and having the agility to disrupt or ride through disruption, a leader has a higher probability of success than those paralyzed by a need for certainty.

A couple of years ago, anyone who heard the term “Zoom hires” would think it just meant a company was hiring quickly. But the pandemic’s disruption, the lockdowns, quarantines, travel restrictions and the desire to avoid the liability of someone getting sick meant companies had to change and get creative with their hiring practices for both local and remote candidates, or have positions remain open for an infinite time frame. Prior to the pandemic, Human Resources leaders were starting to use video conferencing in the first round of interviewing as a form of time and cost savings. Faced with the need to hire, HR leaders decided to leverage this technology and adapted their entire interviewing process. In the past year, Zoom Cloud Meetings and Microsoft Teams have been used for countless interviews.

Leveraging Zoom and Teams also means that interviewers and candidates had to adapt to a new interviewing platform. From the interview preparation to the lighting and even how to maintain eye contact, those candidates that quickly adapted and demonstrated the ability to deal with disruption had better interviews. But the biggest disruption, to both leaders and candidates, is having to make hiring and new job acceptance decisions without ever physically meeting each other, touring a workspace or even knowing when they would actually meet who they were going to work with.

Talk about leaning into ambiguity, agility and adaptability.

Alliances are a very important part of disruptive leadership. The ability to build relationships internally and externally, for mutual benefit or to achieve a common purpose, is key to success.  This requires trust. Disruption can cause disruptive behaviors to take hold, denying the ability to build trust and alliances. It is the leaders who are self-aware, aware of others and can foresee these behavioral tendencies that can calm tense situations and bring clarity to uncertain times.

A huge disruption to the food processing world came in the form of labor shortages, reduced capacity due to covid restrictions, reduced raw materials, reduced truckers, increased costs and an increased consumer demand, especially at QSRs. This brought processors, distributors and restaurants to focus on a common purpose: assuring supply. Yes, this has always been the goal, but now it became a collaborative purpose.

The overused and sometimes empty word “partnership” was tested and replaced with “alliances.” Partners share a checking account; alliances do not. These alliances were and are built by disruptive leaders. Executive Zoom rooms carry the sounds of exasperation from anxious participants who reflexively say, “No, we can’t.” For those companies that are succeeding, these Zoom rooms thankfully have disruptive leaders who listen, validated others’ thoughts, are curious with their questions and push for commitment rather than consensus.

A successful disruptive leader once shared that building alliances is the difference between playing checkers and chess. In checkers, you are mostly opportunistic and short sighted with your moves. In chess, you are strategically thinking of all of the possibilities and the impact each move has on others.

Accountability is needed if the commitments decided on are to turn into action. It is the buy-in, whether there is full certainty or not, to move toward the common purpose. Accountability is not an easy behavior to live into. It requires you to execute upon what you committed to do, which is usually the easy part. The hard part is holding your team members accountable for what they committed to do. Alliances and teams only work if each person is acting on their responsibilities.

A disruptive leader shared that in a recent marketing meeting, an analyst agreed to have consumer data turned into insights to be shared with an important customer. It became apparent during the meeting that the analyst would not meet the deadline. An interesting thing happened. A peer, not the team leader, respectfully called out the analyst on the impact this would have on the team and the customer, and asked what else could be done to meet the deadline. This turned into a team conversation that required reprioritization of priorities. The end result was the customer getting what they needed on time. This was only possible because the disruptive leader had fostered an environment of trust where constructive conflict was encouraged and agility and adaptability were practiced.

Disruption is accelerating. A leader’s ability — your ability — to adapt to an ambiguous world will be dependent on your agility, how quickly you adapt, the alliances you make and how accountable you are to others. Disruption happens; are you ready for it? 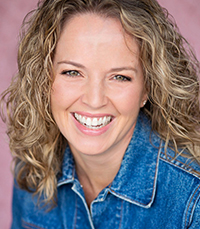 Laura Bonich is the founder and CEO of The Leaders’ Lighthouse. Laura has over 20 years of restaurant and hospitality industry leadership and sales experience with brands including Burger King, H.J. Heinz, Campbell’s and more. Her areas of expertise are leadership development, solution-based sales and emotional intelligence. Laura also hosts the Nourishing Talk Podcast, published on Apple Podcasts and Spotify.