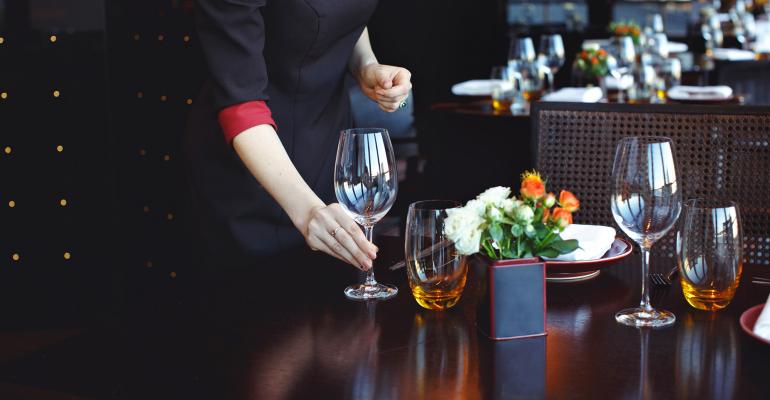 The Texas Restaurant Association and the Restaurant Law Center filed a lawsuit Friday hoping to stop the U.S. Department of Labor from enforcing guidance that restricts employers from using a tip credit for side work.

The lawsuit, filed in U.S. District Court for Western Texas in Austin, calls into question the labor department’s authority to enforce what is commonly known as the “80/20 rule,” which declares that tipped employees who spend more than 20 percent of their working hours on non-tipped duties — like rolling silverware or prepping salads — cannot be paid the sub-minimum wage for those duties.

In addition, employers can’t use the tip credit for time that a tipped worker spends on things like cleaning bathrooms or washing windows, which the labor department considers maintenance work that is not related to the tipped position.

Richie Jackson, CEO of the Texas Restaurant Association, said one goal of the lawsuit is to bring an end to the growing wave of litigation restaurant operators face as they grapple with keeping track of how much time their tipped workers spend on tipped versus non-tipped tasks, typically called side work.

“Over the last several years, we’ve seen growing litigation from the plaintiff’s bar, filing class-action suits alleging violation of the 80/20 rule, when it’s never been a rule. It’s an explanation in a field auditor’s handbook. It’s guidance, but it’s been promulgated as a rule,” said Jackson.

Angelo Amador, executive director of the Restaurant Law Center, which serves as the legal arm of the National Restaurant Association, argues that the stricter restrictions put in place during the Obama administration run counter to earlier labor department interpretations.

“It’s no secret the Obama-era changes were a gift to the plaintiff’s bar,” said Amador. “We need some clarity, and we need a judge and an appeals court to look at these guidelines and make a determination.”

In states where the tip credit is allowed, the challenge for restaurant operators has been tracking the duties performed by servers and other tipped workers.

It’s one thing if the first hour of a shift is spent rolling silverware, Jackson said. But many of the non-tipped tasks a server might perform are blended more seamlessly into the workday and difficult to separate for wage purposes. A server might make coffee or toast bread, for example, or clean and set an empty table — tasks that don’t immediately result in a tip but are part of the job.

The lawsuit charges that the DOL’s 80/20 standard for tipped work, and the tip-credit prohibition for time spent cleaning bathrooms or windows, is “arbitrary, capricious and irrational.”

The lawsuit also contends the standards were instituted without allowing for public comment as part of the required rulemaking process.

“The department’s 80-percent standard concerning tip-generating tasks, as well as its zero-tolerance for taking a tip credit for time a tipped employee spends cleaning bathrooms or washing windows, derives from a misunderstanding and a lack of information regarding how employees actually perform their jobs in restaurants,” the lawsuit said. “Congress never intended for the department to micromanage restaurant employment at the task level, nor did it ever give the department the authority to do so.”

The lawsuit comes at a time when the tip credit more broadly has come under fire, with advocacy groups lobbying for legislation to end the use of a sub-minimum wage in Washington, D.C., and New York, for example.

Seven states, mostly in the West, already prohibit the use of tip credits, but most states allow it.

Some states, like New York, have even stricter 80/20 rules. There, if a tipped employee performs non-tipped work for more than 20 percent of a shift, the employer can’t use the tip credit at all that day, said attorney Roy Salins with Davis Wright Tremaine in New York.

Jackson said Texas was asked to join in the lawsuit in part because courts in that region have historically been more conservative.

The move is very similar to a tactic used in November, when a federal judge in Texas issued an injunction that put new overtime regulations on a temporary hold, just days before they were to take effect.

As in the overtime case, the tip-credit lawsuit also seeks an injunction to stop enforcement, though Jackson said the timeline is less clear.

“With the overtime rule, there was a sense of urgency and they did act rather quickly,” he said. “In this case, I’m not sure of the timeline.”