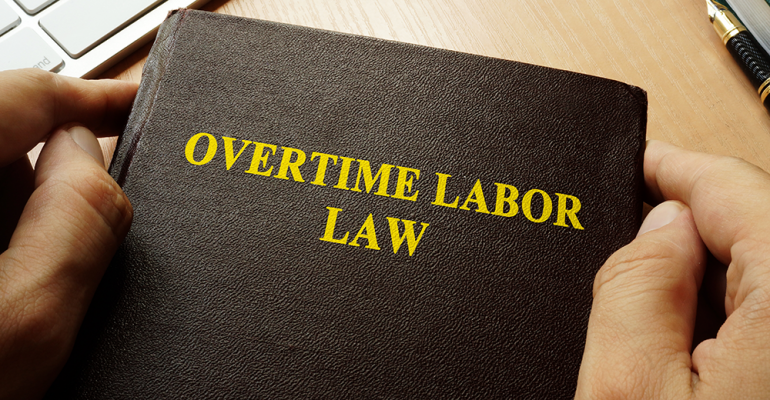 Under current law, employees with a salary below $455 a week (or $23,660 annually) must be paid overtime if they work more than 40 hours per week. Workers making below that salary level, set in 2004, may be eligible for overtime based on their job duties.

The Labor Department’s new proposal would update the salary threshold using current wage data, projected to Jan. 1, 2020, and boost the standard salary level to $679 a week (or $35,308 per year). The department said the plan “would make more than a million more American workers eligible for overtime.”

Workers making less than the $35,308 threshold would automatically be eligible for time-and-a-half pay on hours worked beyond 40 each week.

The department is seeking public comment on the proposal, and it could still face legal challenges.

The new proposed threshold comes in under an Obama administration proposal that was dismissed in 2017 by a federal judge in the U.S. District in Eastern Texas in a lawsuit filed by a coalition of 21 states and various business advocacy groups.

That proposal, which had been scheduled to take effect Dec. 1, 2017, would have doubled the salary level threshold used to determine eligibility for overtime pay for hourly workers from $23,660 to $47,476 a year.

“Our economy has more job openings than job seekers and more Americans are joining the labor force,” said Alexander Acosta, Labor Secretary, in a statement.  “At my confirmation hearings, I committed to an update of the 2004 overtime threshold, and today’s proposal would bring common sense, consistency and higher wages to working Americans.”

The National Restaurant Association welcomed the department’s proposal, saying it affected “every restaurant owner and operator in the country.”

“The Department of Labor’s revisions to the rule reflect a thoughtful review process, including a request for information and a nationwide series of listening sessions allowing the regulated community and stakeholders to offer input on this important federal regulation,” said Shannon Meade, the NRA’s vice president of public policy and legal advocacy, in a statement.

Meade called it a “commonsense approach to salary increases and the absence of a provision for automatic adjustments.”

“The IFA commends the Department of Labor for issuing a sensible approach to expand overtime eligibility,” said Matt Haller, the IFA’s senior vice president of government relations and public policy.

“This move gives business owners across the country the clarity and certainty needed to plan for their future, and many employees more money in their pocketbook,” Haller said. “We look forward to supporting DOL to see that this rule moves forward as swiftly as possible.”