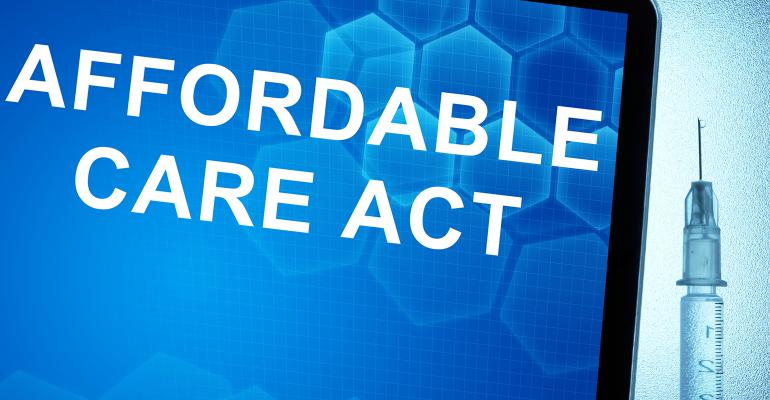 Some restaurant operators this week began receiving letters from the Internal Revenue Service warning of Affordable Care Act penalty assessments that can reach into the millions of dollars, an ACA legal expert said Thursday.

“Employers began receiving the letters on Monday,” said Tabatha George, an attorney with Fisher & Phillips who specializes in ACA issues. “I expect many restaurants will receive them.”

The IRS earlier in November quietly revised its advice to employers with shared responsibility provisions under the ACA, also known as “Obamacare.”

“The IRS sends out a penalty assessment if an employee went to the [ACA] Marketplace and received a subsidy in 2015 and the 1095-C filed for that employee did not specify an affordability safe harbor for the coverage offered by their employer,” George said.

“Many companies are receiving these letters,” she said, “and I’ve heard of assessments in the millions. However, companies that provided coverage should not panic — many assessments are incorrect at this initial stage.”

She called the IRS revision “a bombshell statement.”

“I would tell restaurants to keep a close lookout for these letters,” George advised. “Once they receive a letter, they should reach out to their attorney or another trusted adviser for help responding.”

She added that the initial response to the letter should be “accurate and prompt.”

Restaurant employers only have 30 days to contest the initial penalty amount, George said.

Under the Patient Protection and Affordable Care Act, which was signed into law in March 2010, employers with more than 50 full-time workers are required to provide those employees with health care insurance that is affordable and meets a minimum value.

The act calls for penalties for employers who do not provide coverage, but those had not been assessed.

“Some speculated that, given the political uncertainty surrounding health care reform, the government would either continue to delay enforcement or skip enforcement for 2015 altogether,” George said. “With its recent statement, the IRS clarifies that penalties for failure to provide coverage will be pursued.”

She explained that a penalty warning was issued if the IRS determined that for at least one month in a year one or more of the employer’s full-time workers was enrolled in a health plan for which a Health Insurance Marketplace subsidy was issued.

The IRS’s so-called “Letter 226J” includes: a penalty explanation; a summary table itemizing the proposed payment per month; a response form (Form 14764); an Employee Premium Tax Credit Listing (Form 14765), which lists by month the employer’s full-time employees who received a Marketplace subsidy and were not offered employer coverage that met an affordability safe harbor; a description of the actions the employer should take depending on whether it agrees or disagrees with the proposed payment; and a description of the actions the IRS will take if the employer does not respond in a timely manner.

The response deadline is generally 30 days from the date of the letter, George said, and then the IRS will respond with another letter.

“If, after such response, the employer still disagrees with the proposed penalty payment, it may request a pre-assessment conference with the IRS Office of Appeals,” George wrote in an explanatory blog posting at the Fisher & Phillips website.

“Since the opening of the Marketplace in 2014, many employees have misunderstood their eligibility for subsidies, and now even employers that believe they complied with the employer mandate may receive a proposed penalty assessment,” she said.