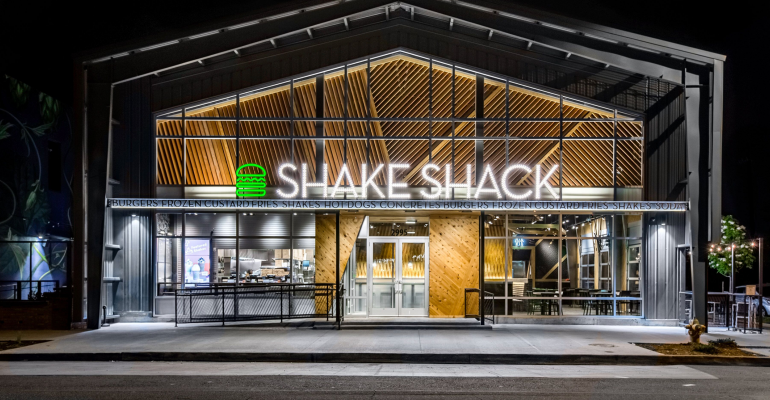 Designing the restaurant of the future

As operators knit more technology into their operations, juggle a growing herd of third-party delivery workers and compete for consumer attention in a crowded marketplace, restaurant designers are reimagining the look of the physical location.

WD Partners has teamed with technology providers like Google to envision what the “Restaurant of the Future” might look like. The result was a quick-service restaurant that rotates the building the around, bringing the drive-thru to the front — with designated lanes for app users and delivery couriers — and puts the kitchen and dining room toward the back of the property.

With quick-service restaurants doing as much as 75% to 80% of their sales through the drive-thru, Peterson said that flip makes sense.

“The thing that has always bothered me about QSR, is that 80% of the people get a lousy brand experience because they drive through the backside of the restaurant,” Peterson said, noting that it often is a neglected area is where the patrons will encounter the dumpsters, sketchy landscaping and wind-blown trash.

“What if we took the restaurant and turned it around and started to celebrate the idea that 80% of your customers just want to pull in, get that hot food and go?” Peterson asked.

WD Partners outlined a theoretical quick-service restaurant where that drive-thru business is pulled to the front with three vehicle lanes. One could be a “speed” lane for pre-paid meals ordered through a smartphone or branded app, another could be a “slow lane” for order-on-site purchases and a third designated for delivery drivers.

That would be an improved experience for the dominant off-premise customer, Peterson added, “because 75% or 80% of the business goes around back behind the unit, back by the garbage and next to a brick wall that kids have thrown stuff against and then up to a window that looks 80 years old. That’s the brand experience they have with QSR.”

The same goes for casual dining, he added.

“Take-out is rising about 10% over just the last year,” Peterson said. “It’s hitting all restaurants across the board.”

With the pick-up areas at the front of the property, WD Partners envisions it would be complemented with a kitchen in the middle and a dining area at the back. “You have 20% to 25% of your customers who like to go to the store and sit down and eat,” he said, but they could be accommodated in a groomed, quiet area at the back.

Peterson said the industry appears to be in its “Third Wave.”

“In the 1950s and before were the mom and pop restaurants, and in the 1960s to 2000 we saw the chains,” he said. “Since the 2000s, we are seeing innovation like Eatsa and food halls like Eataly, and your Shake Shack versus McDonald’s.”

“The owners are not thinking like that Second Wave of restaurant chains,” he said. “They are not thinking about making a thousand stores. They thinking they are happy with two stores doing $3 million average unit volume. It’s a whole different mentality.”

The Third Wave restaurants are also focused on simplicity, which appeals to Millennials and Gen Z. 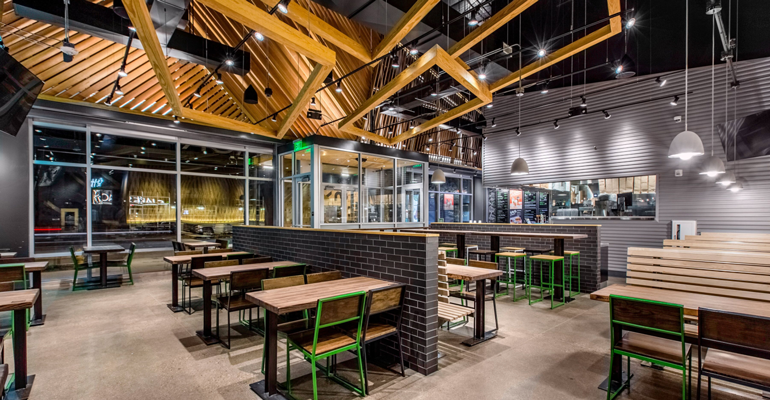 He cites Shake Shack, for which his firm has done work, as an example.

“Shake Shack has real wood, better tile and better lighting,” he said. “There are no plastic seats. … They go for a quality perception, even on the exterior.”

Customer expectations of a quality experience also extend to design.

“The customer, if they are going to a restaurant, wants a much higher quality experience,” Peterson said. “They can tell. They recognize good lighting and a better environment. Better is better. Not bigger is better or more is better.”

The endgame, he said, is that to “get them to come at all, you need a better vibe in the restaurant.”

The evolution of restaurant design doesn’t ignore the kitchen. James Camacho, the president of Camacho Associates foodservice design and consulting in Norcross, Ga., said the back-of-the-house is changing as fast as the front-of-the-house.

Camacho said more kitchen are tapping into efficient and multi-purpose equipment as operators seek to provide a changing menu while also shaving real estate from the restaurant box.

“We are looking at a lot of quick-cooking ovens,” he said. “Several manufacturers are making these ovens that can produce more items and do it much faster.”

And as restaurants seek to create an experience that will draw people out of the homes and away from off-premise consumption, bar layouts are changing as well. 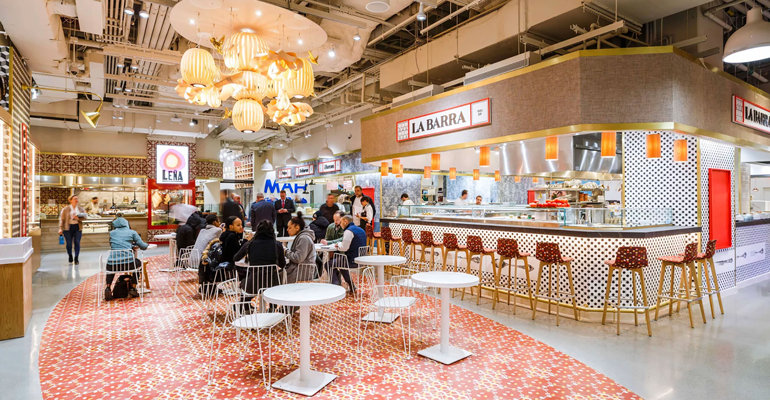 “The bartenders are becoming as popular as chefs in the back of the house,” Camacho said. “One of the things we’ve had to look at is how are we going to store 42 different flavors of vodka. That’s an issue we’ve had: storage.”

The craft beer explosion, which appears to show continued strength, has also posed challenges, he said.

“When you have 12 different craft beers, that’s great. But we have to have space for the walk-in cooler or back-bar coolers. That takes up more room. We have to get creativity on where we put things.”

“Customers want to see the open flame,” he said. “They want to see grills and the open, wood-burning ovens. It’s part of the show.”

Front-of-house spaces have gotten larger and kitchens are getting smaller, and that is likely to continue, he said.

The continued rise of technology, whether to save labor or to make the restaurant experience more convenient, will change the look of restaurants as well.

“In the last five years, we’ve been working a lot more with how to bring technology into the physical space, whether it’s a retail store or a restaurant,” said WD Partners’ Peterson, who presented at February’s RestaurantSpaces conference with Chris Lydle with Google’s retail innovation team. 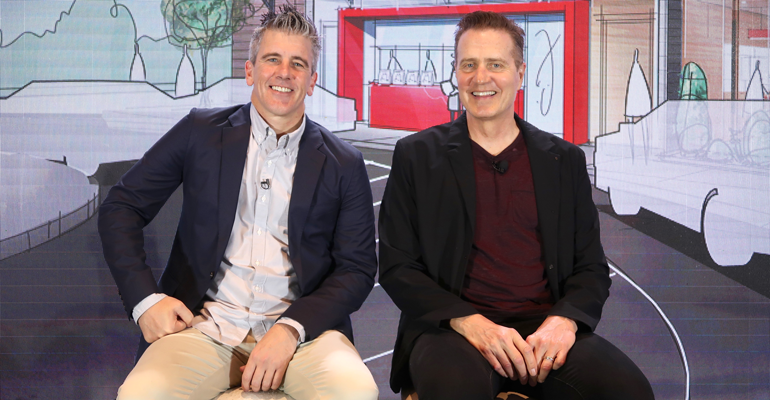 Lydle noted that consumers are increasingly relying on digital channels for their shopping, and that extends to meal purchases as well.

He said the so-called buy online, pick up in store, or BOPIS, has a 70% adoption rate worldwide, with the higher rates in Europe.

“The keys to whether picking up in the store is preferable to the user are two things,” Lydle said. “One is: ‘How much is it going to cost me?’ And then there is also: ‘How far am I from the location?’ The consumer is thinking, ‘What resources do I need to expend to get this, in a combination of time and money?’”

And Google is seeing a big boost in searches by consumers on their smartphones.

“When I’m in my car, I’m ready to take action,” he said. “They are searching on their phone. How do I take advantage of this customer who is exhibiting serious buying intent?”

He said common Google searches are along the lines of: Where can I get a burger near me? Or where can I get gluten-free near me? That means location is an important part of the buying equation. 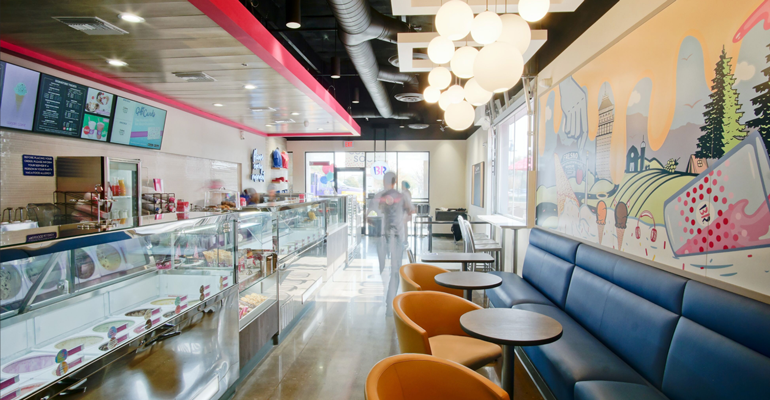 With Google’s ownership of navigational software app Waze, the company is looking at ways of geo-locating consumers after their orders and having it ready in, perhaps, the order-ahead lanes of WD Partners futuristic design.

“Businesses can even engage with the shopper along the way,” he said.

That arrival data could be projected on displays all employees could be aware of when patrons are arriving, Lydle said.

Peterson noted that smartphone orders can reduced the friction of the restaurant experience. “If it can take you two minutes instead of 15,” he said, “why wouldn’t you use the app?”

He said the Restaurant of the Future will provide a better area for off-premise orders as well and perhaps provide an employee, or “concierge,” who tracks the consumer and knows when they arrive.

“We need to rethink how we are doing things,” he summed up. “Operations have to totally change.”