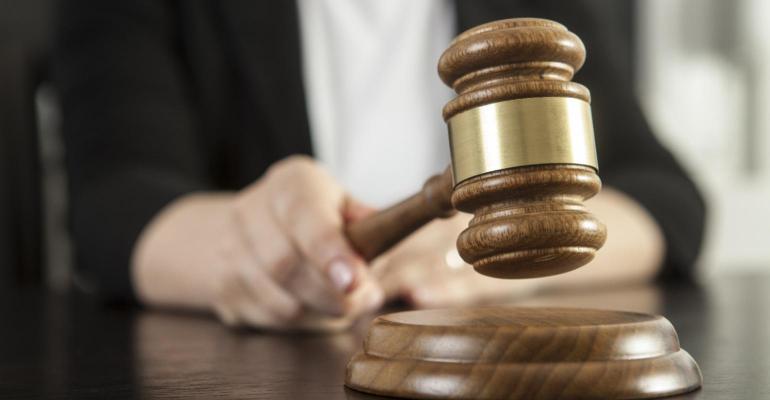 Start Slideshow ›
Insurers and restaurants are facing off over insurance coverage tied to the coronavirus crisis, but who will ultimately win?

Since news of the first restaurant owners filing suit against an insurer for lack of business interruption coverage in March, hundreds of lawsuits have followed from operators both large and small.

There has been some action from judges across the country. But the highest profile cases, like those involving Thomas Keller Restaurant Group and In-N-Out Burger, haven’t seen their day in court yet.

Many insurance companies have denied payment for the loss of business restaurants suffered during the coronavirus pandemic, citing a lack of “physical loss or damage” that is typically a prerequisite for business interruption coverage.

The Business Interruption Group, or BIG — a nonprofit formed by the New Orleans-based law firm Gauthier Murphy & Houghtaling LLC along with several celebrity chefs — has been one of the most vocal groups during the pandemic fighting for restaurateurs. The group is working with

BIG argues that the coronavirus itself caused physical damage or loss because local restrictions on indoor dining made it impossible for many restaurant operators to have access to and operate normally out of their physical properties, thereby making it impossible to run their business, Houghtaling said. In some cases, these operators could not physical access their businesses.

The insurance industry, however, has argued that business interruption insurance was never meant to cover a universal catastrophe, such as the COVID-19 pandemic, according to a letter to Congress.

But the lawsuits keep coming.

In early September, eight restaurants in New York City and the Washington, D.C. area operated by Fireman Hospitality Group — including Café Fiorello, Bond 45 and Brooklyn Diner — filed a lawsuit against Indemnity Insurance Company of North America in Circuit Court for Baltimore City. The restaurants alleged the government mandated limit to outdoor dining only caused physical damage to the restaurants, which were forced to make alterations to serve guests at limited capacity.

On Aug. 25, a Pennsylvania law firm named Grant & Eisenhofer filed a class action suit “on behalf of the restaurants, bars and fitness centers nationally that suffered losses following COVID shutdowns,” according to the press release. They are seeking coverage for business interruption or physical loss of access.

The complaint, filed on behalf of Tria Café, Alaska Café, and Tria Taproom, all in Philadelphia, states that the policy from American Automobile Insurance Co. "protected plaintiffs against the actual loss of business income due to a suspension of plaintiffs' respective operations."

"It’s common sense that if a multinational insurer collects premiums year after year, it can't just refuse reimbursement to a customer who suffers business interruptions beyond their control,” said David Kwass, co-owner of the Tria Group. “What else is business interruption insurance for? Valuing corporate profits ahead of the local folks who work in neighborhood businesses is outrageous.”

Here’s a rundown of the cases that have had some action in court:

Michigan: On July 1, a judge for the 30th Circuit Court in Ingham County, Michigan sided with an insurance company for a claim brought up by two restaurants in the state in Gavrilides Management Company v. Michigan Insurance Company. The two unnamed Lansing, Mich.-based restaurants sued for property damage amounting to $650,000, but the court sided with the insurers, saying that the business interruption policy only covers direct physical property loss or damage. Further, the judge ruled that the “policy's virus exclusion would apply even if physical loss or damage had been alleged.”

District of Columbia: District of Columbia Superior Court Judge Kelly Higashi ruled that standard business interruption policies only cover "direct physical loss or damage to the business — or structural alteration — such as in a fire, or for a civil authority to close off the area to a business nearby,” siding with insurers in a case between Erie Insurance Exchange and Rose's 1 LLC, a company that owns and operates several Washington D.C.-based restaurants.

In the Aug. 7 ruling, “the judge wrote that the orders only directed businesses to take certain actions but did not affect any direct change to the properties in and of themselves,” according to Law360.

Missouri: On Aug. 12, a judge for the U.S. District Court for the Western District of Missouri sided with Kansas City restaurant K.C. Hopps against its insurer, The Cincinnati Insurance Company. The insurer went to the court seeking a dismissal of the case, but the judge allowed it to proceed, saying “allegations that COVID-19 had deprived K.C. Hopps of its property by making it unsafe and unsuitable for customers and others to use sufficiently stated a claim for coverage,” according to a press release.

Florida: In Mama Jo’s, Inc. v. Sparta Ins. Co., a judge in the Eleventh Circuit concluded that closures due to deep cleaning (as regulated by government and safety procedures) did not qualify as a “physical loss” meaning that as long as property could be cleaned, it was not a direct physical loss of property damage that required business interruption insurance coverage.

The Aug. 24 ruling reportedly comes from the highest court to date as the Southern District of Florida initially issued a ruling weeks prior in favor of the insurer that the plaintiff appealed, bringing it before the Eleventh Circuit.

Click on to see details of some of the most highly anticipated business interruption cases.